Patricia Belcher net worth: Patricia Belcher is an American actress who has a net worth of $1 million. She is probably best known for her role on the Fox series Bones which aired between 2005 and 2017. Patricia appeared in 51 total episodes of Bones.

Patricia Belcher was born in Helena, Montana in 1954. Before becoming an actress she appeared as a contestant on the game show Jeopardy!. She has become of the most active commercial actors and has appeared for GEICO, Time Warner, and Staples. Belcher has more than 120 acting credits to her name. From 2010 to 2014 she starred as Mrs. Estelle Dabney in the television series Good Luck Charlie. Since 2006 Belcher has starred as Caroline Julian in the TV series Bones. He has also had recurring roles in the TV series Sister, Sister, Tracey Takes On…, The Hughleys, The Trouble with Normal, Norm, Twins, The Jake Effect, and Boston Legal. Belcher has starred in the movies Flatliners, Message in a Bottle, Jeepers Creepers, I Love Your Work, Over Her Dead Body, Lower Learnings, and 500 Days of Summer. In 2001 Belcher won a Fright Meter Award for Best Supporting Actress in Jeepers Creepers. 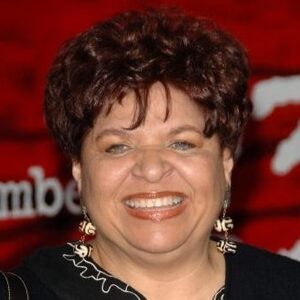