Pat Priest net worth: Pat Priest is an American actress who has a net worth of $3 million. Pat Priest was born in Bountiful, Utah in August 1936. One of her best known roles came starring as Marilyn Munster on the television series The Munsters from 1964 to 1966. Priest replaced Beverly Owen in the role.

She appeared in films including Easy Come, Easy Go, The Incredible 2-Headed Transplant, and Some Call It Loving. Pat Priest also appeared in episodes of the TV series The Lieutenant, The Jack Benny Program, Valentine's Day, Voyage to the Bottom of the Sea, Wendy and Me, Dr. Kildare, My Favorite Martian, Death Valley Days, Perry Mason, The Lucy Show, Mannix, Run for Your Life, The Red Skelton Hour, Ironside, The Virginian, Bewitched, Mission: Impossible, Run, Joe, Run, and Mary Tyler Moore. Priest was nominated for TV Land Awards for The Munsters in 2004 and 2006. Her mother was Treasurer of the United States Ivy Baker Priest. 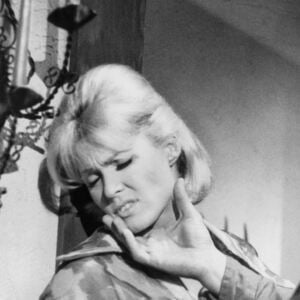