Parker Stevenson net worth: Parker Stevenson is an American actor and director who has a net worth of $10 million. Parker Stevenson was born in Philadelphia, Pennsylvania in June 1952. He graduated from Princeton University and moved to Hollywood, California. His first role came in the 1972 movie A Separate Peace. From 1977 to 1978 Stevenson starred as Frank Hardy in the television series The Hardy Boys/Nancy Drew Mysteries.

He starred as Joel McCarthy in the series Falcon Crest from 1984 to 1985. Parker starred as Billy Hazard in the TV mini-series North and South, Book II in 1986 and as Austin James in the TV series Probe in 1988. In 1993 he had a recurring role as Steve McMilan in the series Melrose Place. From 1989 to 1999 Stevenson starred as Craig Pomeroy in the television series Baywatch. He has also starred in the movies Our Time, Lifeguard, Stroker Ace, Stitches, Rough Ridin' Justice, Caddie Woodlawn, Not of This Earth, Loaded, and McTaggart's Fortune. Stevenson was nominated for a TV Land Award for Favorite Crimestopper Duo in 2004. He also directed episodes of the TV series Melrose Place, Models Inc., and Baywatch. Parker was married to actress Kirstie Alley from 1983 to 1997. As part of their divorce, Parker received more than $6 million worth of assets. 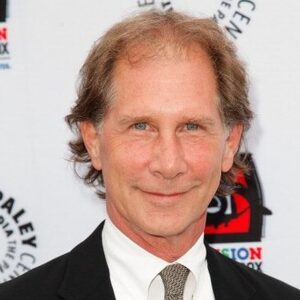