How much is Parker Posey Worth?

Parker Posey net worth: Parker Posey is an American actress who has a net worth of $10 million. Parker Posey earned her wealth through a multitude of independent films and supporting roles in Hollywood movies. Born in November of 1968, Posey gained prominence within the film industry during the mid 1990s. It was then that she starred in a number of independent films, gaining the nickname, "Queen of the Indies." She then later went on to advance this "indie" status by playing improv roles in comedian/director Christopher Guest's mockumentaries. Born in Baltimore, Maryland, Posey is the daughter of Lynda, a chef, and Chris, the owner of a car dealership. She also has a twin brother named Chris; it's stated that Posey is named after her father's favorite model from the 1950s, Suzy Parker. During childhood, Posey was moved to Mississippi and Louisiana, before attending the State University of New York at Purchase. Here she studied drama and lived with fellow actresses Sherry Stringfield and Orlagh Cassidy. She then got her first TV role playing in daytime soap opera, As the World Turns. However, her break out role is generally considered to be Dazed and Confused, in which she played alongside Ben Affleck and Matthew McConaughey in 1993. Posey is also known for her singing abilities, which she has lent to several of her roles, as well as her ability to play the mandolin. 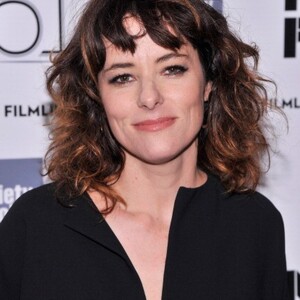