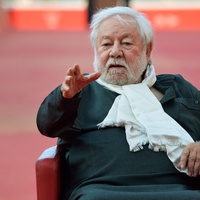 Paolo Villaggio net worth: Paolo Villaggio is an Italian actor, writer, director, and comedian who has a net worth of $5 million. Paolo Villaggio was born in Genoa, Liguria, Italy in December 1932. Villaggio is known for creating characters such as Professor Kranz, Giandomencio Fracchia, and Ugo Fantozzi. He has also written several books and starred in many films. He developed Ugo Fantozzi writing short stories for magazines. He has over 80 acting credits to his name starting with the movie Eat It in 1968. From 2002 to 2008 he starred in the television series Carabinieri. His latest role came in the movie Tutto tutto niente niente in 2012. Villaggio has won a Capri Legend Award, a Best Actor Award at the Carrousel International du Film, a Career David at the David di Donatello Awards, a Golden Goblet Award, a Silver Ribbon from the Italian National Syndicate of Film Journalists, a Legend of Honor at the Locarno International Film Festival, and a Career Golden Lion at the Venice Film Festival. He has also acted in stage plays and written songs and many films.