Conde graduated from Florida International University and St. Thomas University before starting her career at Univision in 2003. She also worked at WLTV 23 and WAMI TeleFutura 69 and was a cheerleader for the NFL's Miami Dolphins. Conde has been a national correspondent for the TV series Aqui y Ahora. She has won a total of five Emmy Awards in 2006 for on-camera work, 2007 for writing, human interest story, and news story, 2009 for a feature story, and 2010 for Feature News Report. Conte was one of People en Espanol's 50 Most Beautiful People in 2013. Her husband Cesar Conde is the chairman of NBCUniversal. 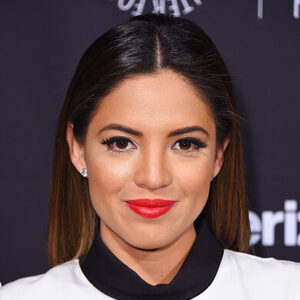