Pam Ferris net worth: Pam Ferris is a Welsh actress who has a net worth of $6 million. Pam Ferris was born in Hanover, Lower Saxony, Germany in May 1948. She starred as Nesta on the television series Connie in 1985. In 1992 Ferris starred as Mrs. White on the TV series Cluedo. From 1991 to 1993 she starred as Ma Larkin on the series The Darling Buds of Mary.

Ferris starred as Peggy Snow on the television series Where the Heart Is from 1997 to 2000. From 2003 to 2006 she starred as Laura Thyme on the TV series Rosemary & Thyme. Ferris starred as Sister Evangelina on the series Call the Midwife from 2012 to 2016. Some of her best known movie roles include starring as Trunchbull in the film Matilda in 1996 and as Aunt Marge in the 2004 movie Harry Potter and the Prisoner of Azkaban. In 1997 she was nominated for a Saturn Award for Matilda and she has also been nominated for three National Television Awards for Most Popular Actress for Where the Heart Is. 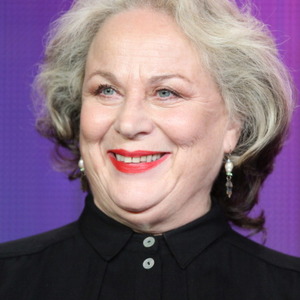