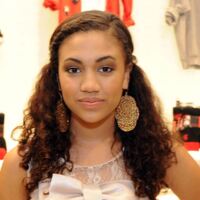 Paige Hurd net worth: Paige Hurd is an American actress who has a net worth of $2 million dollars. Paige Hurd was born in Dallas, Texas and began her professional acting career in the late 90s with a guest-starring role on the television show, "Felicity". She then went on to guest-starring roles on such shows as "Boomtown", "George Lopez", and "The Division". In 2003, she began adding film roles to her resume, with supporting roles in "Cradle 2 the Grave" and "The Cat in the Hat". Since then, she has gone back and forth between film and television work, appearing in such projects as "Beauty Shop", "Ben 10: Race Against Time", "The Suite Life of Zack & Cody", "Medium", and "ER". She is most widely recognized for her co-starring role on "Everybody Hates Chris". In 2010 she appeared in the film, "Peep Game" and shot the pilot for "Aloha". She is next slated to appear in "Crosstown". Between 2013 and 2017, Paige appeared in seven episodes of Hawaii: Five-O.