Paget Brewster net worth and salary: Paget Brewster is an American actress who has a net worth of $9 million dollars. Paget Brewster was born in Concord, Massachusetts, and was originally focused on a career in design. She went on to attend Parsons School of Design in New York City after graduating from high school.

However, her acting career began to take off, and she eventually had to drop out of school. After hosting a short-lived talk show for a local network in San Francisco, she gained national attention with a recurring role on "Friends" as Chandler Bing's girlfriend. From there she went on to steady film and television work. She has since appeared in such film projects as "Desperate But Not Serious", "The Adventures of Rocky and Bullwinkle", "The Specials", "Eulogy", "Man of the House", "Unaccompanied Minors", and "Sublime". She has appeared on such television shows as "Raising Dad", "Two and a Half Men", "Stacked", "Law & Order: Special Victims Unit", "Modern Family", and "Community". She is most widely recognized for her co-starring roles on "Huff" and "Criminal Minds". She is also a prolific voice over actress. 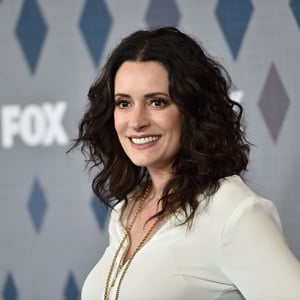