Paddy Considine net worth: Paddy Considine is an English actor, filmmaker, and musician who has a net worth of $4 million. Paddy Considine was born in Burton upon Trent, Staffordshire, England in September 1973. As an actor he has had recurring roles on the television series Peaky Blinders in 2016 as Father John Hughes and in the TV series Informer in 2018 as Gabe Waters.

Considine has starred in several films including A Room for Romeo Brass, Last Resort, Born Romantic, 24 Hour Party People, Doctor Sleep, In America, Dead Man's Shoes, My Summer of Love, Cinderella Man, Stoned, Bosque de Sombras, Hot Fuzz, The Bourne Ultimatum, The Cry of the Owl, Submarine, Blitz, Girl on a Bicycle, The World's End, Pride, Macbeth, The Girl with All the Gifts, The Death of Stalin, Journeyman, Funny Cow, and more. He wrote and directed the movies Tyrannosaur and Journeyman. Paddy Considine has won BAFTA Awards for Dog Altogether in 2008 and Tyrannosaur in 2012. 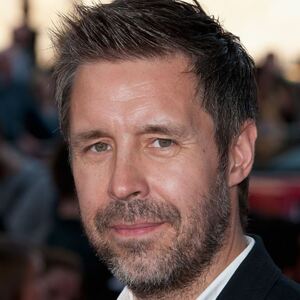