Pablo Schreiber net worth: Pablo Schreiber is a Canadian American actor who has a net worth of $4 million. Pablo Schreiber was born in Ymir, British Columbia, Canada in April 1978. His family moved to the United States when he was 12 and he graduated from Carnegie Mellon University with a degree in theater.

From 2003 to 2008 Schreiber had a recurring role as Nick Sobotka in the television series The Wire, he appeared in a total of 13 episodes. In 2011 he starred as Johnny Leary in the TV series Lights Out and from 2011 to 2012 he starred as Anton Little Creek in the series A Gifted Man. Schreiber starred as Demetri Ravitch in the television series Weeds from 2011 to 2012 and as Virgil in the series Ironside in 2013. From 2007 to 2014 he had a recurring role as William Lewis on the television series Law & Order: Special Victims Unit. Schreiber starred as George "Pornstache" Mendez in the series Orange Is the New Black from 2013 to 2015 and as Zeke Tilson in the series The Brink in 2015. He has also starred in the movies Bubble Boy, The Manchurian Candidate, Lords of Dogtown, and 13 Hours: The Secret Soldiers of Benghazi. Schreiber won a Young Hollywood Award in 2014 and was nominated for a Primetime Emmy Award in 2015 for his work on Orange Is The New Black. In 2018 he appeared in the movies Den of Thieves and Skyscraper. Pablo's half-brother is actor Liev Schreiber. 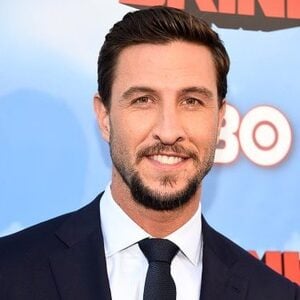