Ozzie Nelson net worth: Ozzie Nelson was an American band leader, actor, director, and producer who had a net worth of $3 million at the time of his death in 1975. That's the same as around $14 million today after adjusting for inflation. He was best known for being half of the duo Ozzie and Harriet and for being the father of David and Rick Nelson.

Ozzie Nelson was born in Jersey City, New Jersey in March 1906 and passed away in June 1975. He starred in and originated the radio and television series The Adventures of Ozzie and Harriet with his wife Harriet Nelson and his two sons David and Ricky Nelson. Ozzie Nelson formed and led The Ozzie Nelson Band. He starred in, directed, produced, and wrote the television series The Adventures of Ozzie and Harriet from 1952 to 1956. He also starred in, produced, and directed the TV series Ozzie's Girls in 1973. Nelson appeared in, produced, or directed films and TV series including Sweetheart of the Campus, Strictly in the Groove, Honeymoon Lodge, People are Funny, Here Come the Nelsons, Love and Kisses, The Impossible Years, Adam-12, and more. In 1960 he received a star on the Hollywood Walk of Fame for Television. Ozzie Nelson passed away on June 3, 1975 at 69 years old. 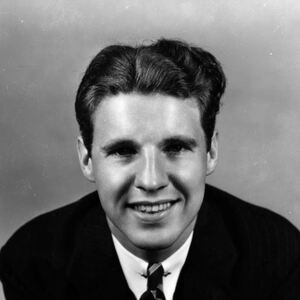