Owen Benjamin Net Worth: Owen Benjamin is an American actor and comedian who has a net worth of $800 thousand. Owen Benjamin was born as Owen Smith in May of 1980. He hails from Oswego, New York, where both of his parents continue to work as professors at State University of New York at Oswego.

He attended this college, which is where he got his start in television, working at the Plattsburgh State Television station, a student-run venture. Currently, he works as a producer for The Improv, which is a comedy-based show in Hollywood, California. The program airs late Saturday nights. He has also worked on MTV's prank show, Punk'd, as well as the Jay Leno Show, where he appears as a correspondent. He has also gone on to appear in a number of other television shows, including those that are comedy based. He's also worked in the film industry, having appeared in The House Bunny and I Now Pronounce You Chuck and Larry, which were released in 2008 and 2007, respectively. In 2009 Benjamin began a relationship with actress Christina Ricci, the couple became engaged after having dated for four months. However, their nuptials were called off later that year, in June of 2009. 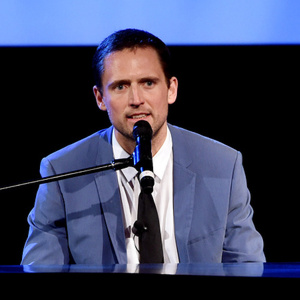