Owain Yeoman Net Worth and Salary: Owain Yeoman is a Welsh actor who has a net worth of $6 million. Owain Yeoman was born in Chepstow, Monmouthshire, Wales, United Kingdom in July 1978. Yeoman was a member of the OUDS and Oxford Revue and studied at the Royal Academy of Dramatic Art.

His acting debut came in the 2004 film Troy starring as Lysander. In 2004 he appeared in the TV series Midsomer Murders and Commando Nanny. From 2005 to 2006 he starred as Steve Daedelus in the TV series Kitchen Confidential. Yeoman starred as Lucas Dalton in the television series The Nine from 2006 to 2007. In 2008 he starred as Sgt. Eric Kocher in the TV mini-series Generation Kill. One of his best known roles has come starring as Wayne Rigsby in the TV series The Mentalist since 2008. In 2014 he starred as Dr. Mason in the TV series Extant. Yeoman has also starred in the 2006 movie Beerfest and the 2011 film Chromeskull: Laid to Rest 2. He is scheduled to star as General Benedict Arnold in season 2 of Turn: Washington's Spies and will star in the upcoming film American Sniper. He married jewelry designer Gigi Yallouz in 2013 and was previously married to actress Lucy Davis. 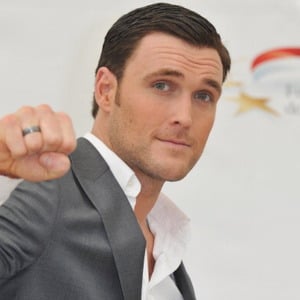