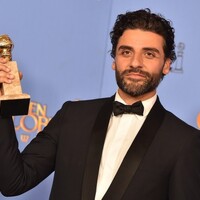 What is Oscar Isaac's Net Worth and Salary?

Oscar Isaac is a Guatemalan-American actor and singer who has a net worth of $12 million. Isaac has appeared in a range of high-profile blockbusters over the course of his career, and he is now one of the most recognizable faces in the entertainment industry. He started his career with television roles before appearing in films like "Che" and "Drive." Today, Isaac is probably best known for lead roles in films like "A Most Violent Year" and "Ex Machina."

In addition, he has appeared in a number of science fiction films, including "Star Wars: The Force Awakens," "Star Wars: The Last Jedi," and "Star Wars: The Rise of Skywalker." Oscar is also an accomplished theatre actor with a number of stage credits under his belt. Various critics have heaped praise upon Isaac in recent years, with some even calling him one of the best actors of the current generation. Outside of acting, Oscar is a skilled musician who sings and plays the guitar.

Óscar Isaac Hernández was born on March 9th of 1979 in Guatemala City, Guatemala. Raised alongside two siblings by a Guatemalan mother and a Cuban father who was a pulmonologist, Oscar relocated to the United States with his family at the age of five months. He subsequently grew up in a "very Christian" Protestant household in Miami, Florida.

Although Isaac attended a private Christian grade school, he quickly developed a reputation for being extremely mischievous. His exploits included setting off a fire extinguisher and defacing a mural. However, he also developed a joy for making his fellow students laugh. He was so good at entertaining his fellow classmates that his teachers sectioned off his desk from the rest of the group with pieces of cardboard. Almost inevitably, Isaac was eventually expelled from this school.

At a young age, Oscar also began appearing in local theatre productions in Miami. During his twenties, he participated in short play festivals and joined a ska-punk band called The Blinking Underdogs. This group reached considerable levels of success, and they even opened for bands like Green Day at one point. In 2001, Isaac was accepted into the world-re renowned Juilliard School. At this point, he decided to relocate to New York in order to attend this famous school and put music aside while he focused on an acting career.

Oscar Isaac first started landing acting roles in the mid-90s. His acting debut came in a crime drama entitled "Illtown." Television roles soon followed, and by the mid-2000s he had appeared in movies like "All About the Benjamins" and "Law & Order: Criminal Intent." After graduating from the Juilliard School, he gained more widespread recognition with his role as Joseph in the biblical epic "The Nativity Story." During this period, he also continued his stage acting career with a notable appearance as Romeo in a production of "Romeo and Juliet" staged by New York's Public Theater. He also played Proteus in a subsequent production of "Two Gentlemen of Verona."

In 2009, Oscar won Best Supporting Actor at the Australian Film Institute Awards for his role in "Balibo." During this point, he also appeared in the film "Che." In 2010, he played King John in "Robin Hood." Other notable roles during this period include "Drive," "W.E." and "10 Years."

Although Oscar Isaac was certainly making a name for himself by this point, it wasn't until the mid-2010s that he truly started to break through into the mainstream. In 2013, he gained widespread critical acclaim for his role in the comedy "Inside Llewyn Davis." A Golden Globe nomination followed, and Isaac subsequently starred alongside Jessica Chastain in "A Most Violent Year." 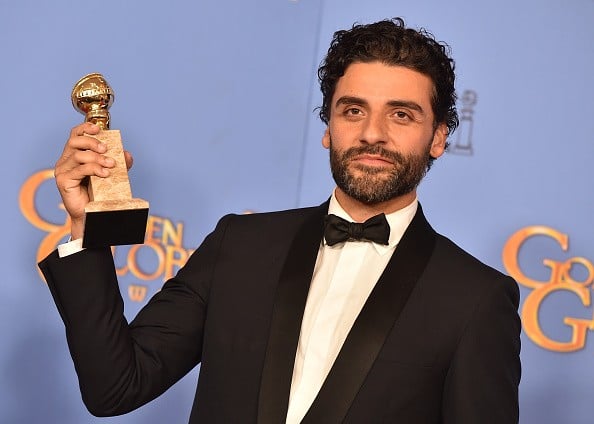 In 2015, Oscar booked a starring role in the film "Ex Machina" before joining the main cast of the HBO miniseries "Show Me a Hero." This time, he managed to win the Golden Globe Award for Best Actor. Throughout the 2010s, Isaac became a household name in the entertainment industry after booking a major role as Poe Dameron in the Star Wars Sequel Trilogy.

In addition, Isaac played the main villain in the 2016 X-Men movie "X-Men: Apocalypse." That year, he also starred alongside Christian Bale in the film "The Promise." During this period, Isaac's widespread notoriety earned him brand endorsement deals, and he appeared in a notable Nike advertisement. Even though Oscar's film and TV career was skyrocketing, he still found time to nurture his theatrical inclinations with the lead role in "Hamlet." Once again, this was a production staged by New York's Public Theater.

In 2017, Isaac appeared in the film "Suburbicon," which was directed by George Clooney and written by the Cohen Brothers. In 2018, he returned to science fiction once more with "Annihilation." In 2019, Oscar continued his run of sci-fi roles, and it was announced that he would play Duke Leto Atreides in Denis Villeneuve's "Dune."

A flurry of other exciting announcements soon followed, and Isaac joined the casts of films like "The Card Counter," "The Great Machine," and "London." Some of these announcements included rumors that Oscar would play the comic book character Moon Knight in an upcoming Disney+ series. As if that wasn't enough, a 2020 report stated that Isaac was slated to portray Solid Snake (a well-known video game character) in an upcoming film.

In 2007, Oscar Isaac became engaged to Maria Miranda, a woman whom he had been dating for several years. However, the pair never actually got married, and they eventually separated. In 2012, Isaac met a Danish film director called Elvira Lind. Lind and Isaac married five years later in 2017. Over the course of their relationship, they have had two children together. As of 2020, the family lives in Williamsburg, Brooklyn.