How much is Orson Bean Worth?

Orson Bean Net Worth: Orson Bean was an American actor who had a net worth of $4 million at the time of his death in 2020. Tragically, Orson was killed on February 7, 2020 after being struck by a vehicle while crossing the street in Venice, California. He was 91 years old. Orson was survived by his wife since 1993, actress Alley Mills – his co-star on Dr. Quinn, Medicine Woman.

Orson Bean was born in Burlington, Vermont in July 1928. Bean was well known for appearing on television game shows from the 1960s to the 1980s including being a panelist on the game show To Tell the Truth. He is a founding member of the international Laurel and Hardy Society called The Sons of the Desert and served in the United States Army. Bean had nearly 100 acting credits to his name. From 1993 to 1998 he starred as Loren Bray on the TV series Dr. Quinn, Medicine Woman. Bean also starred as William "Bill" Gamble, Sr. on the television series Normal, Ohio in 2000 and as Roy Bender in the series Desperate Housewives from 2009 to 2012. He has also starred in the movies Miracle on 34th Street, The Hobbit (1977), The Return of the King, Being John Malkovich, and Alien Autopsy. Bean was nominated for a Grammy Award in 1979 and a Screen Actors Guild Award in 2000. He has also authored four books and released two comedy albums. 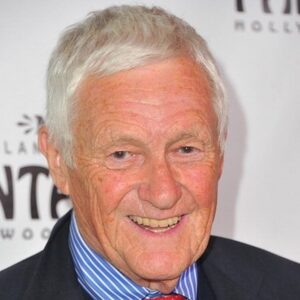