Orlando Brown net worth and salary: Orlando Brown is an American actor, rap artist, and musician who has a net worth of $20 thousand dollars. Orlando Brown was born in Los Angeles, California, and began his professional acting career when he was in elementary school. He began with a co-starring role in the movie, "Major Payne", and then moved on to steady work in co-starring and guest starring roles on such television shows as "Waynehead", "Sister, Sister", "Family Matters", "Two of a Kind", "The Jamie Foxx Show", "Friends and Foes", "Safe Harbor", "Lizzie McGuire", and "Fillmore!". He also provided voice over work for the animated series, "The Proud Family. In addition to his television work, he has appeared in the film "Max Keeble's Big Move", and the television movies, "Maniac Magee" and "Eddie's Million Dollar Cook-Out". He is most widely recognized for his work as Eddie Thomas on "That's So Raven".

In 2012 Brown has appeared in the movies We the Party and Christmas in Compton. In 2015 he appeared in American Bad Boy and Straight Outta Compton. As a rapper he released the album Trade It All in 2006 and the single "F**k My Fame in 2016. Brown's songs have been featured on soundtracks for That's So Raven, Disneymania 2, Radio Disney Jingle Jams, DisneyRemixMania, That's So Raven Too!, Disneymania 4, and Princess DisneyMania. He won a Young Artist Award in 2005 for Outstanding Young Performers in a TV Series for That's So Raven and was nominated for another for Safe Harbor in 2000. 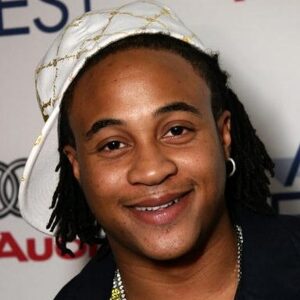