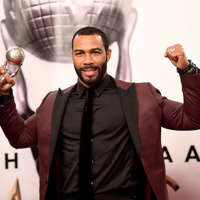 What is Omari Hardwick's Net Worth and Salary?

Omari Hardwick is an American actor, rapper, and podcaster who has a net worth of $5 million. Omari Hardwick has appeared in such television and film productions as "Power," "Army of the Dead," "For Colored Girls," and "Being Mary Jane," among others.

Hardwick was born on January 9, 1974 in Savannah, Georgia. He is the son of Joyce and Clifford Hardwick III. His father worked as an attorney. Hardwick primarily grew up in Decatur, Georgia and attended Marist School in Brookhaven, Georgia. While there, he played basketball, baseball, and football, but was also very interested in the arts. He wrote poetry on a regular basis. After graduating from Marist School, he enrolled at the University of Georgia on a football scholarship. While his main pursuit at the time was football, Hardwick also continued writing poetry and also got involved in theater, which was his minor.

In order to pay for acting classes, Hardwick did various odd jobs. However, he initially had a hard time finding any acting work and at one point started living in his car. He booked a scene as an extra in a music video by Floetry in 2002 and also continued working on his own music and poetry. While auditioning for jobs, he participated in the National Poetry Slam in 2003 and in 2004.

His luck turned in 2004 when he was cast in the television movie, "Sucker Free City." He also booked minor roles in a few films in 2005 and 2006 including, "Beauty Shop," "Speechless," and "Gridiron Gang." His role in the 2006 film, "The Guardian," was more prominent and he also booked a series regular role in the television series, "Saved." In order to prepare for his role in "Saved," which is a medical drama, Hardwick spent two years training as a fireman and paramedic. He appeared in 13 episodes of the series.

In 2008, Hardwick appeared in the films, "Miracle at St. Anna," and "Linewatch." He also booked a few television episodes in shows like, "CSI: Miami" and the television film, "SIS." He then booked his next major television role in, "Dark Blue," in which he played main cast character, Ty Curtis. The show follows and undercover detective unit in Los Angeles. For his performance, Hardwick was nominated for the NAMIC Vision Award in the Best Drama Performance category. The show ran for one season from 2009 to 2010.

In 2010, Hardwick appeared in a number of films, including, "Kick-Ass," "Everyday Black Man," "The A-Team," and "I Will Follow." His performance in "I Will Follow" received positive critical reviews. He also had a role in "For Colored Girls," for which he received a Black Reel Award nomination in the Best Breakthrough Performance category.

The same year, he also became a founding member of "Plan B Inc. Theater Group," as well as a co-founder of the "Actor's Lounge" at the Los Angeles Greenway Theater. Additionally, he founded his own production company – Bravelife Films. He was featured in Prominence Magazine, an urban lifestyle publication, during the 2010 holiday season. He also continued working on his music and was featured on a song with Eshe in 2012 as well as with Nasty C in 2016. 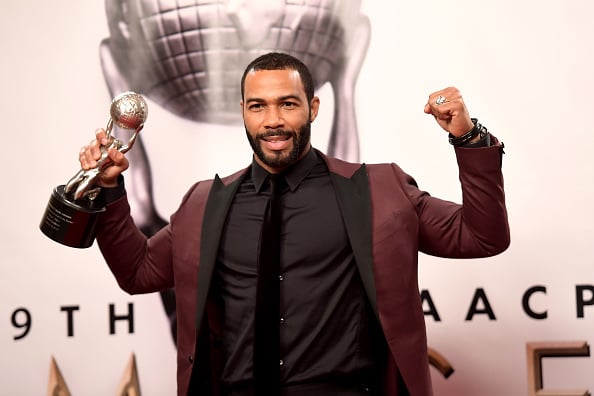 In 2012, Hardwick appeared in a couple of films – "Middle of Nowhere" and "Sparkle." In 2013, he booked another main cast role in the television miniseries, "Being Mary Jane." In the show, he plays character Andre Daniels and he was highly praised for his performance. He received the Black Reel Award for Outstanding Actor in a television movie or miniseries. He was also nominated for two Image Awards for this role. The same year, he appeared in the television film, "A Christmas Blessing," and received another nomination at the Black Reel Awards in the Outstanding Actor category.

His longest-running television role to date came in 2014 when he booked the role of James "Ghost" St. Patrick in the series, "Power." The show is a crime drama series on the Starz's network, becoming one of its most watched shows. Hardwick plays an intelligent drug dealer who goes by the name Ghost. For his performance, he received numerous accolades, including nominations and wins at the NAACP Image Awards and the NAMIC Vision Award. The show ran for six seasons from 2014 until 2020.

While on "Power," Hardwick continued appearing in other productions. He co-starred in the science fiction comedy film, "Sorry to Bother You," in 2018 and also was cast in Zack Snyder's 2019 film, "Army of the Dead," which premiered in 2021. In 2021, he was cast in the Netflix series, "Pieces of Her," which is based on the novel by the same name written by author Karin Slaughter.

In 2019, Hardwick also launched his own podcast, "Poetics." The podcast typically features long-form conversations between Hardwick and prominent rappers like 50 Cent, Method Man, and Draymond Green. He also has continued developing his poetry and music, notably having written the poem, "Little Black Boy Wonder."

In the 2000s, Hardwick began dating Jennifer "Jae" Pfautch. The relationship was traumatic for Pfautch, who is of Native American and German descent, as she was disowned by her family for dating outside of her race. However, the couple remained together and have both made various public statements about their support for interracial marriage. In 2008, Pfautch was pregnant but the child was stillborn. Several years later, in 2012, the couple got married and haves since had two children.