Omar Gooding net worth: Omar Gooding is an American actor, rapper and comedian who has a net worth of $2 million dollars. Born in Los Angeles, California, Omar Gooding began his professional career in the early 90s, appearing on various television shows such as, "Just the Ten of Us" and "Empty Nest".

He is the younger brother of Oscar winning actor Cuba Gooding, Jr. He co-starred in the film, "Ghost Dad", and hosted the Nickelodeon show, "Wild and Crazy Kids". Throughout the mid to late 90s, he played recurring roles on multiple shows, including "Empty Nest", "Blossom", "The Royal Family", and "Smart Guy". He became a household name appearing as Earvin Rodman on the hit series, "Hangin' with Mr. Cooper", for five seasons. Since then, he has co-starred on a number of short-lived series, including "The Division", "One on One", "Barbershop", and "Miami Medical". He played a recurring role on the series, "Playmakers", and is currently focusing on feature film work, and launching a rap career. He is featured on the track, "No Warning", from C-Bo's album, "Orca". 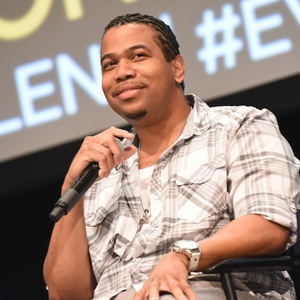