Om Puri Net Worth: Om Puri is an Indian and English actor who has a net worth of $20 million. Om Puri was born in Ambala, Haryana, India in October 1950. Over the years he had appeared in Indian films as well as independent and art films and has over 250 acting credits to his name.

Puri graduated from the Film and Television Institute of India and the National School of Drama. He first starred in the film Chor Chor Chhupja in 1975. Among the many films he has starred in are The Hangman, Mumbai Xpress, Fool & Final, Charlie Wilson's War, London Dreams, West is West, Don 2: The King is Back, The Reluctant Fundamentalist, The Hundred-Foot Journey, and Heartless. Puri won a Filmfare Best Supporting Actor Award in 1981 for Aakrosh. He won National Film Awards for Best Actor in 1982 for Arohan and in 1984 for Ardh Satya. He also won a Best Actor Award for Ardh Satya in 1984 at the Karlovy Vary International Film Festival. In 1990 he was awarded India's fourth highest civilian award, the Padma Shri Award. In 1998 he won the Brussells International Film Festival Best Actor Award for My Son the Fanatic and the Grand Prix Special des Ameriques Montreal World Film Festival Award for exceptional contribution to the cinematographic art. He was awarded an Honorary Officer of the Order of the British Empire in 2004 and won a Filmfare Lifetime Achievement Award in 2009. Om married Nandita Puri in 1993 and has one child. 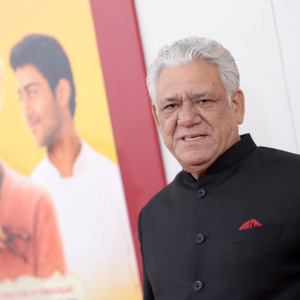