Olympia Dukakis net worth: Olympia Dukakis was an American actress who had a net worth of $6 million at the time of her death in 2021. Olympia Dukakis was born in Lowell, Massachusetts in June 1931. She has more than 120 acting credits starting in 1951. From 2004 to 2005 she starred as Marge Barnett on the television series Center of the Universe.

Dukakis has had several recurring roles on TV series including Sinatra, Tales of the City, More Tales of the City, Joan of Arc, Further Tales of the City, Bored to Death, Forgive Me, Sex & Violence, TripTank, and Switch. Olympia Dukakis has starred in several films including Moonstruck, Working Girl, Look Who's Talking, Steel Magnolias, Look Who's Talking Too, The Cemetery Club, Look Who's Talking Now, Mr. Holland's Opus, The Event, Cloudburst, and more. In 1988 she won an Academy Award for Best Actress in a Supporting Role for Starstruck. Dukakis won a Golden Globe Award in 1988 for Moonstruck. In 2013 she received a star on the Hollywood Walk of Fame at 6233 Hollywood Blvd. She was married to Louis Zorich until he passed away in 2018. She was the cousin of politician Michael Dukakis. Olympia died on May 1, 2021 at the age of 89. 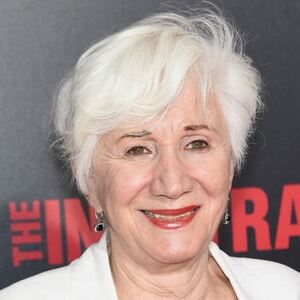