What is Olivier Martinez's Net Worth?

Olivier Martinez is a French actor who has a net worth of $30 million. After graduating from one of the most prestigious film conservatory programs in the world, Martinez booked roles in a number of French-language films before branching out into Hollywood performances. In France, he is best known for movies like "Un, duex, trois, soleil," "The Chambermaid on the Titanic," and "The Horseman on the Roof." His English films include "Before Night Falls," "Unfaithful," and "S.W.A.T."

Outside of his acting career, Olivier is also especially well known for his personal life. He has dated and married some of the entertainment world's biggest names, such as Kylie Minogue and Halle Berry. Unfortunately, not all of these relationships have ended well. Although Olivier is French, he is also fluent in Spanish due to his Valencian and Andalusian roots.

Olivier Martinez was born on January 12th of 1966 in Paris, France. Raised in a Catholic, working-class family, Olivier grew up speaking Spanish with his father, a professional boxer in Spain. After graduating from secondary school, Martinez attended the conservatoire national supérieur d'art dramatique, otherwise known simply as the CNSAD. This is perhaps one of the most prestigious and well-respected acting schools on the planet, and Martinez is among the school's most notable alumni.

Olivier began his acting career in France during the early 90s. His first major role came with the film "Un, deux, trois, soleil" in 1993. This won him a Cesar Award for "Most Promising Actor." He then followed up in 1995 with "The Horseman on the Roof," a film which proved to be France's most expensive movie at the time with a budget of $35 million. Unfortunately, it failed to become a commercial success. Another notable French film followed in 1997 with "The Chambermaid on the Titanic." Martinez won widespread critical acclaim, and the film helped him become more well-known in the United States. 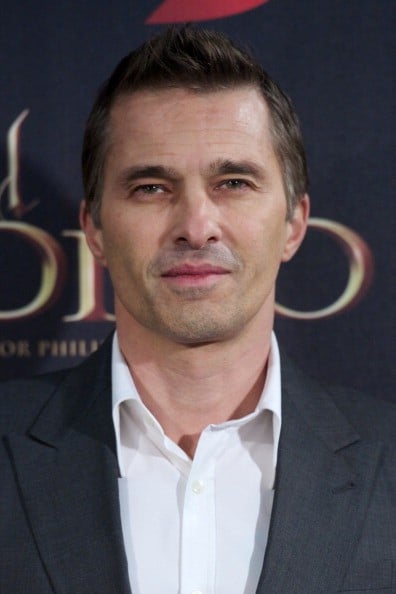 By the year 2000, Olivier was ready to branch out and break through in Hollywood. He first starred alongside Javier Bardem and Johnny Depp in "Before Night Falls." The film once again proved to be successful both commercially and critically, although some felt that Martinez had been overshadowed by his fellow cast members. He followed up with another Hollywood role, this time appearing alongside Diane Lane in "Unfaithful." From the mid-2000s onwards, Martinez has appeared in TV shows like "The Roman Spring of Mrs. Stone" while also booking roles in movies such as "S.W.A.T.," "Taking Lives," and "Blood and Chocolate." One of his most recent films is 2017's "Paul, Apostle of Christ," in which he plays Mauritius.

Over the course of his life, Olivier has dated stars and supermodels like Mira Sorvino, Kylie Minogue, Rosie Huntington-Whiteley, Juliette Binoche, and Goya Toledo. He first began dating Kylie Minogue in 2003, and the relationship lasted for four years. Perhaps his most relationship was with Halle Berry, which began in 2010. The pair eventually married, but this relationship would also prove to be one of Martinez's most turbulent.

After Berry and Martinez became engaged, an altercation occurred on Barry's property in the Hollywood Hills. Olivier was allegedly injured by model Gabriel Aubry with whom Halle has a child. During this time, Halle and Aubry had been involved in a fierce custody battle over their daughter. Berry wished to relocate to France in order to live with Martinez, and she wanted to take her daughter with her. Berry ultimately lost this legal battle and ultimately sold the Hollywood Hills property upon which Olivier was injured.

Martinez and Berry were married in 2013 in France. Later that year, they welcomed their first child into the world. Their marriage lasted for two years before ending in divorce by 2015. Interestingly, the divorce has not been concluded as of 2020.