How much is Olivia d'Abo Worth?

Olivia d'Abo Net Worth: Olivia d'Abo is an English-American actress, singer-songwriter, and voice artist who has a net worth of $3 million dollars. Olivia Jane d'Abo was born in Paddington, London, England in January 1969. She is best known for her roles in The Wonder Years and Law & Order: Criminal Intent. Her first role came as Princess Jehnna in Conan the Destroyer in 1984. From 1988 to 1993 she played Karen Arnold on the TV series The Wonder Years. From 2002 to 2008 she had a recurring role on the TV series Law & Order: Criminal Intent. Olivia has also appeared on the shows Growing Pains, Simon & Simon, Star Trek: The Next Generation, Mortal Kombat: Defends of the Realm, Party of Five, Spin City, 3rd Rock from the Sun, and The Twilight Zone. She has lent her voice to Star Wars: The Clone Wars, Invader ZIM, Justice League, and The Legend of Tarzan. She has appeared in many films including Wayne's World 2 and Kicking and Screaming. As a singer-songwriter and musician she has appeared on various soundtracks. Her debut studio album Not TV was released in 2008. She has worked with Julian Lennon, Bon Jovi, and Seal. She has been engaged to Julian Lennon and Thomas Jane, and married to Patrick Leonard. She has a son named Oliver William. She won a Razzie Award in 1985 for Worst New Star. 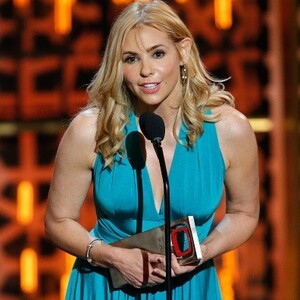