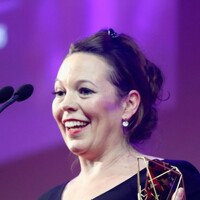 What Is Olivia Colman's Net Worth and Salary?

Olivia Colman was born Sarah Caroline Colman on January 30, 1974, in Norwich, Norfolk, England. Her mother, Mary, was a nurse, and her father, Keith, was a Chartered Surveyor. Olivia attended Norwich High School for Girls and Gresham's School, and at age 16, she made her acting debut in a school production of "The Prime of Miss Jean Brodie," playing the title role. After high school, Colman briefly studied primary teaching at Homerton College, Cambridge, then she studied drama at the prestigious Bristol Old Vic Theatre School, graduating in 1999. As a Cambridge student, Olivia appeared on the television series "The Word." Colman had to go by a different first name when she began her professional acting career because a different actress named Sarah Colman was already a member of the UK actors' union, Equity. In a 2013 interview with "The Independent," she stated, "One of my best friends at university was called Olivia and I always loved her name. I was never Sarah; I was always called by my nickname, Colly, so it didn't seem so awful not to be called Sarah."

Olivia portrayed Queen Elizabeth in 2012's "Hyde Park on Hudson," then she appeared in "I Give It a Year" (2013), "Cuban Fury" (2014), "The Karman Line" (2014), "The Lobster" (2015), and "London Road" (2015). She played Janet Sloane on the 2014 Sky Atlantic series "Mr. Sloane" and Angela Burr on the 2016 BBC One/AMC serial "The Night Manager," and from 2016 to 2018, she starred as Deborah Flowers on the Channel 4/Seeso sitcom "Flowers." Colman earned a Primetime Emmy nomination for her performance as Godmother on the BBC Three/BBC One series "Fleabag" (2016–2019), and she played Hildegard Schmidt in the 2017 film "Murder on the Orient Express." She won an Academy Award for starring as Queen Anne in 2018's "The Favourite," and she also earned nominations for 2020's "The Father" and 2021s "The Lost Daughter." In 2019, Olivia appeared in the film "Them That Follow," played Madame Thénardier in a BBC One adaptation of "Les Misérables," and began portraying Queen Elizabeth II on "The Crown," a role that earned her a Primetime Emmy and Golden Globe. In 2021, she lent her voice to "The Mitchells vs. the Machines" and "Ron's Gone Wrong," narrated "The Electrical Life of Louis Wain," "Trip Hazard: My Great British Adventure," and "Superworm," appeared in the film "Mothering Sunday," and produced and starred in the HBO/Sky Atlantic miniseries "Landscapers." In April 2021, it was announced that Colman had joined the cast of the Disney+ miniseries "Secret Invasion," which is part of the Marvel Cinematic Universe.

Olivia married Ed Sinclair in August 2001, and they have welcomed two sons and a daughter; Sinclair created the 2021 miniseries "Landscapers." ​In 2014, Colman signed an open letter in opposition to Scottish independence, and in 2020, she signed one condemning "hostility and violence" against transgender women. In 2014, Olivia became a patron of Tender, a U.K. charity "working with young people to prevent domestic abuse and sexual violence by promoting healthy relationships based on equality and respect." She has been involved with the Marie Curie Great Daffodil Appeal and the Alzheimer's Society's Holkham Hall Memory Walk, and she became a patron of Anthony Nolan, a charity dedicated to helping people with blood cancer and blood disorders, in 2018. Colman said of the charity, "I'm really delighted and privileged to become a patron of Anthony Nolan, a charity I have supported for many years. The organisation helped find a donor for a dear friend of mine and that inspired me to do all I can to help the charity in return." Olivia was appointed an ambassador for UNICEF UK in 2015, and she was named President of the charity in 2020. 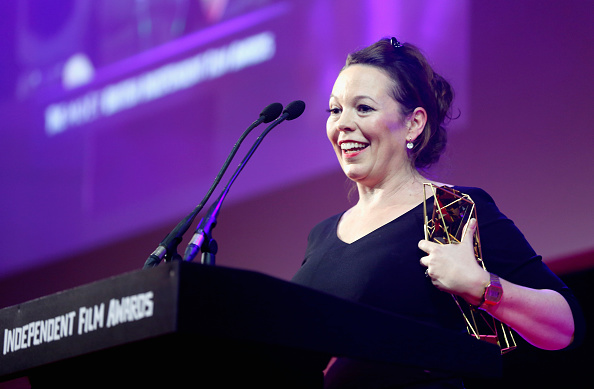 In March 2022, Olivia and Ed paid £1.3million for a "historic Grade II-listed barn" in Norfolk. Shortly before buying the home, the couple sold their five-bedroom home in Peckham for £2.4million; they purchased the property for £875,000 a decade earlier.