How much is Oliver Platt Worth?

Oliver Platt net worth – Oliver Platt is an American actor who has a net worth of $4 million dollars. Born to American parents in Windsor, Ontario, in 1960, Oliver Platt spent his childhood traveling the globe with his family thanks to his father's career as a U.S. diplomat. The Tufts University graduate has said he was inspired to become an actor after watching a young Morgan Freeman portray a drunk bum during a performance at the Kennedy Center when he was nine years old. Platt studied drama in college, then began his career in local theater and Off-Broadway productions. His first on-screen credit came in 1988 with an appearance in "Married to the Mob". He has since gone on to secure roles in dozens of TV shows and movies, including "Indecent Proposal", "The Three Musketeers", "Dr. Dolittle", "Lake Placid", "The Ice Harvest", "Casanova", "Frost/Nixon", "Huff" and "The Bronx Is Burning". Platt's eight-episode performance as Oliver Babish in "The West Wing" earned him an Emmy nomination for Outstanding Guest Actor in a Drama Series. He was also nominated for a Golden Globe and an Emmy for his portrayal of Russell Tupper in "Huff". The actor has been married to Mary Camilla Bonsal Campbell since 1992 and has three children: Lily, George and Claire. 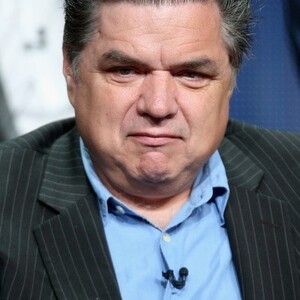