Oliver Phelps Net Worth: Oliver Phelps is a British actor who has a net worth of $1 million dollars. Oliver Phelps was born February 25, 1986 in Sutton Coldfield, Birmingham, West Midlands, England (just 13 minutes later than older twin brother James Phelps). About the only way the identical twins can be told apart is that Oliver has a mole on the right side of his neck.

The two are the only sons of Susan and Martyn Phelps. They attended Little Sutton Primary School and the Arthur Terry Secondary School. Since the two boys spent an extensive amount of time shooting for Harry Potter, the twins were tutored on set, along with their fellow school-age cast mates. At the age(s) of 14, the twins attended an open audition, despite having no previous acting experience, and after about six auditions the twins were cast as Fred and George Weasley in the film Harry Potter and the Philosopher's Stone. The twins went on to portray their characters in all of the subsequent Harry Potter films. Both Oliver and James enjoy traveling, attending sports events, concerts, golfing and listening to such bands as Foo Fighters, Queen and AC/DC. Beyond their Harry Potter series' appearances, the two have appeared in such films as Kingdom and Own Worst Enemy. Technically the older brother of the two, Oliver has always loved acting and appeared in several high school drama productions as well. 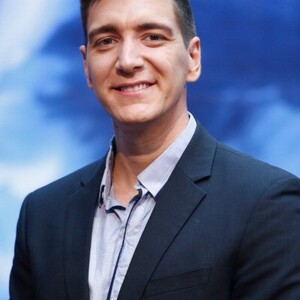