Olesya Rulin Net Worth: Olesya Rulin is a Russian actress who has a net worth of $1 million. Olesya Rulin was born in Moscow, Russia in March 1986. Rulin is best known for her role as Kelsi Nielsen in the High School Musical films franchise. Rulin and her family moved to the United States when she was eight years old. She is a trained ballet dancer who won a model search contest at 12 years old. She worked as a certified nursing assistant and at Nordstrom and Victoria's Secret. Her first acting roles came in the 2001 TV movies Hounded and The Poof Point. She appeared in the TV series Touched by an Angel and Everwood. She starred in the 2004 TV movie Halloweentown High and appeared in the video Urban legends: Blood Mary. Rulin starred in the 2005 movie Mobsters and Mormons. In 2006 she first played the role of Kelsi Nielsen in the TV movie High School Musical. She reprised the role for the TV movie High School Musical 2 in 2007 and the film High School Musical 3: Senior Year in 2008. From 2009 to 2011 Rulin had a recurring role as Abby in the TV series Greek. She has also starred in the movies American Pastime, The Dance, Forever Strong, Major Movie Star, Private Valentine: Blonde & Dangerous, Flying By, Expecting Mary, Apart, A Thousand Cuts, and Family Weekend. 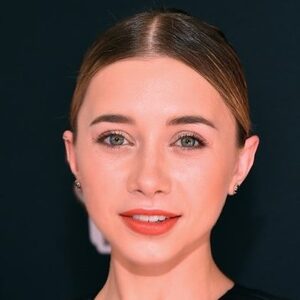