Kim Ok-bin Net Worth: Kim Ok-bin is a South Korean actress who has a net worth of $10 million. Born in Gwangyang, South Korea, Kim Ok-bin first broke into show business as the winner of a 2004 online beauty contest and earned a starring role in the 2005 movie "Voice". Ok-bin earned Best New Actress nominations at the Baeksang Arts Awards and Blue Dragon Film Awards for the part. She followed up her debut performance with roles in "Hanoi Bride", "Dasepo Naughty Girls", "Hello, God", and "Over the Rainbow". Ok-bin went on to appear in "The Accidental Gangster and the Mistaken Courtesan" alongside Lee Jung-jae before starring in the box office success "Thirst" in 2008. The film went on to be screened at the 2009 Cannes Film Festival, earning Ok-bin her first taste of international acclaim. She next appeared in "Actresses", "The Front Line", "Over My Dead Body", "Behind the Camera", "AM 11:00", "Minority Opinion", "War of Money", "The Blade and Petal", and "Yoo-na's Street". Ok-bin has starred in a handful of music videos, including Hwanhee's "Tomorrow", Lee Seung-chul's "A Cold Heart", and Lena Park's "Dangerous Love". She made her headlines for criticizing men who use coupons on their first dates with women, leading to accusations that she was a gold digger. Ok-bin's popularity suffered as a result, though she continues to score new roles. 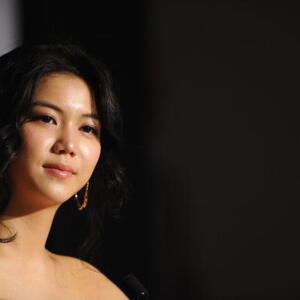