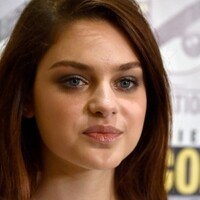 Odeya Rush net worth: Odeya Rush is an Israeli actress who has a net worth of $500 thousand. Odeya Rush was born in Haifa, Israel in May 1997. She is best known for starring as Fiona in the movie The Giver in 2014. Odeya's family moved to the United States when she was nine years old. She has starred in the movies The Odd Life of Timothy Green in 2012, We Are What We Are in 2013, and See You in Valhalla in 2015. Rush has starred in the shorts Wild Birds, Sticks & Stones, and little Girl Blue. She has also appeared in episodes of the TV series Law & Order: Special Victims Unit and Curb Your Enthusiasm. Rush is scheduled to star in the upcoming films When the Devil Comes, Goosebumps, Hunter's Prayer, and Holding Patterns. She won a Teen Choice Award in 2014 for Olay Fresh Effects Breakout Star Award and was nominated for a Young Artist Award in 2013.