Noureen DeWulf Net Worth: Noureen DeWulf is an American actress who has a net worth of $3 million. Born in New York City in 1984, Noureen DeWulf studied at Boston University before breaking into show business. She made her on-screen debut in the short film "West Bank Story" in 2005 as Fatima; the film went on to earn an Academy Award nod. DeWulf followed that part with an appearance in 2006's "American Dreamz" and "National Lampoon's Pledge This!". She appeared in dozens of TV shows and several unsold pilot episodes before scoring recurring parts on "The Hard Times of RJ Berger", "Hawthorne", and "Outsourced".

From 2012 to 2014, DeWulf starred as Lacey on "Anger Management", with Charlie Sheen. Other TV and film credits include "'Til Death", "Reno 911!", "The Back-Up Plan", "Killer Pad", "The Goods: Live Hard, Sell Hard", "Coffee, Kill Boss", "Ghosts of Girlfriends Past", and "Ocean's Thirteen". DeWulf won Best Actress at the 2014 Comedy Ninja Film and Screenplay Festival. In 2007, she earned a spot on "Maxim" magazine's list of the Hot 100. She's covered "East West Woman" and "Audrey" magazines, and landed spreads in "Men's Health" and "Complex". DeWulf has been married to professional hockey player Ryan Miller since 2011.

Real Estate: In 2011, soon after marrying, Ryan and Noureen paid $2.2 million for a home in LA above the Sunset Strip. They listed the home for sale in July 2020 for just under $3 million. 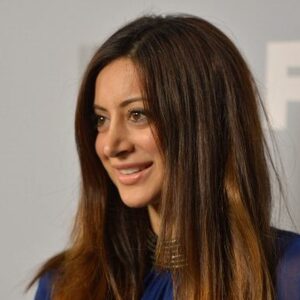