Norman Reedus Net Worth and Salary: Norman Reedus is an American actor and model who has a net worth of $25 million. He is best known for his work on the hit AMC television show "The Walking Dead."

Early Life and Career Beginnings: Norman Mark Reedus was born in Hollywood, Florida, on January 6, 1969. He is of Italian, English, Irish and Scottish descent. When he was younger, he attended Bethany College in Kansas briefly for one semester. He also worked in Venice, California, at a Harley-Davidson shop. While living in California, he contributed artwork to various shows as a painter, photographer, sculptor and video artist.

Reedus had his first acting role in the play "Maps for Drowners" at the Tiffany Theater on Sunset Boulevard. He landed this role while at a party in Los Angeles, where someone approached him and asked if he wanted to act in a play.

In 2010, Reedus joined the cast of the AMC horror drama "The Walking Dead" as the character Daryl Dixon. He has continued in this role through season 10, which is on pause as of April 2020 due to the coronavirus pandemic. The show is based on a comic book series of the same name, and follows a group of survivors in a world overrun with zombies, their struggles to survive and fight the zombies, as well as drama among the humans themselves. Daryl Dixon was not actually a character in the original comic series, and was a role created specifically for Reedus after showrunners were greatly impressed by his audition for the character Merle Dixon. Daryl Dixon was only a recurring character during season 1 of the show, but was upgraded to a full-time charcter on subsequent seasons, even taking over as the show's main protagonist beginning in season 9. For his performance on the show, he was nominated for a Saturn Award for Best Supporting Actor, and actually won a Fangoria Chainsaw Award for Best TV Supporting Actor in 2015.

In 2015, AMC ordered the series "Ride with Norman Reedus." The show is a travel series that followed Reedus as he and various guests travel across America on motorcycles. They explore various cities and locations, as well as the local biker culture there. As of April 2020, the show has enjoyed four seasons, and was renewed for a fifth season in December 2019. 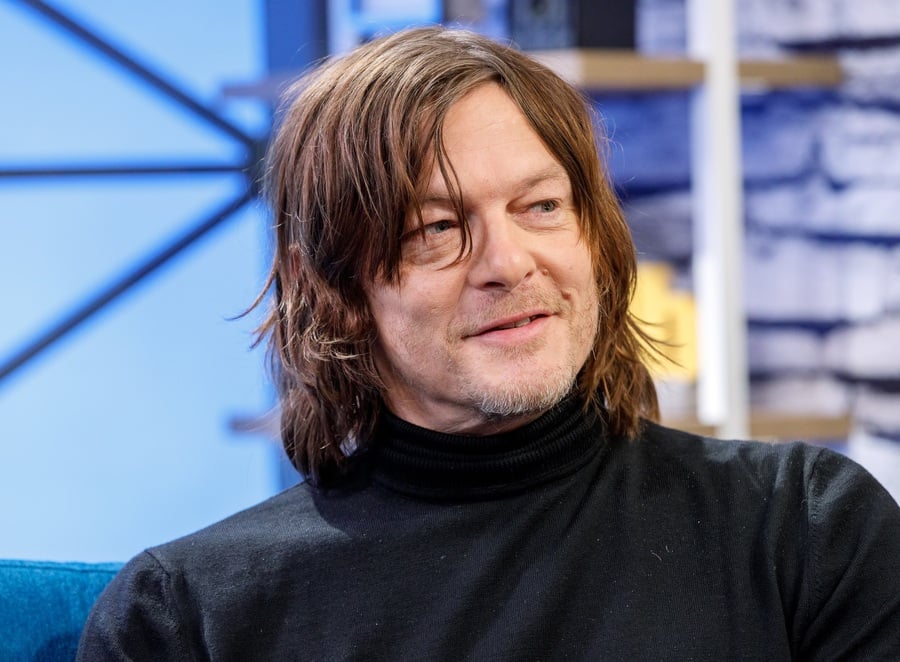 Other Projects: Reedus has enjoyed a successful modeling career, modelling for brands such as Prada, Alessandro Dell'Acqua, Durban, Levi's, Lexus and Morgenthal Fredrics. He also appeared in many music videos in the mid-1990s, including "Wicked As It Seems" by Keith Richards, "Violently Happy" by Björk, "Flat Top" by Goo Goo Dolls, "Strange Currencies" by R.E.M., and "Fake Plastic Trees" by Radiohead. Since becoming a successful actor, he has continued to appear in music videos, such as "Judas" by Lady Gaga, "Gypsy Woman" by Hilary Duff, and "No Cities to Love" by Sleater-Kinney.

Additionally, Reedus released a photography book "The Sun's Coming Up… Like a Big Bald Head" in 2013. He also runs the New York-based film production company Bigbaldhead.

Personal Life: Reedus was previously in a relationship with model Helena Christensen from 1998 to 2003. Together, they share a son, Mingus Lucien Reedus, born in October 1999. In 2015, he met German actress and model Diane Kruger while filming the film "Sky," which they starred in together. They first emerged as a couple in July 2016, and she gave birth to their daughter in November 2018.

In 2005, Reedus was involved in a serious traffic accident in berlin, Germany, after leaving an R.E.M. concert. His driver suddenly swerved into traffic, and a semi-truck hit their car. Reedus crashed through the windshield, landed on a sidewalk, and suffered serious injuries to his nose and face. As a result, he had to undergo reconstructive surgery; he had four screws and a titanium left eye socket put into his face.

Real Estate: Norman owns and has previously owned a number of homes around the US. In 2013 he paid $3.8 million for a New York City penthouse.

In 2015 he paid just under $3 million for a second home in upstate New York.

In March 2020, Norman and Diane Kruger paid $8.5 million for a home in the Hollywood Hills of Los Angeles.

Other actors from The Walking Dead:
Andrew Lincoln Net Worth
Jon Bernthal Net Worth 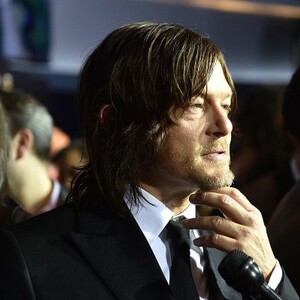