Norman Lloyd Net Worth: Norman Lloyd is an American actor, director, and producer who has a net worth of $5 million. Born in 1914 in Jersey City, New Jersey, Norman Lloyd began his acting career on stage in New York. He appeared in several Shakespeare productions and the 1938 Broadway show of "Everywhere I Roam". He made his on-screen film debut in the 1942 Alfred Hitchcock movie "Saboteur" as Frank Fry. He appeared in four movies in 1945: "The Southerner", "The Unseen", "Spellbound", and "A Walk in the Sun", and three in 1946: "A Letter for Evie", "Young Widow", and "The Green Years". Lloyd's career took a hit with the Hollywood blacklist, the practice of denying work to individuals because of their political beliefs during the Second World War. Alfred Hitchcock, with whom Lloyd had worked before, took pity on the actor and gave him work toward the end of the '50s on "Alfred Hitchcock Presents". Lloyd directed and produced TV for much of the '60s and '70s. During the '80s, he landed the role of Dr. Auschlander on "St. Elsewhere" for several seasons, which is one of his best-known parts. Lloyd's other credits include "The Flame and the Arrow", "Audrey Rose", "FM", "The Nude Bomb", "Amityville 4", "Dead Poets Society", "The Age of Innocence", "The Adventures of Rocky and Bullwinkle", "Seven Days", "Who Is Norman Lloyd?", "Modern Family", and "In Her Shoes". Lloyd was married to his wife, actress Peggy Craven, from 1936 until her death in 2011. Lloyd turned 102 in November 2016, making him the oldest living actor in Hollywood. His daughter Josie Lloyd was an actress and director who appeared on the TV series The Andy Griffith Show. 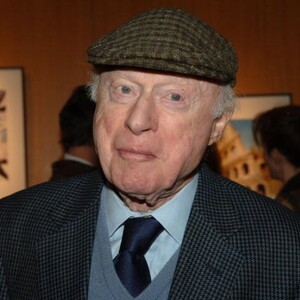