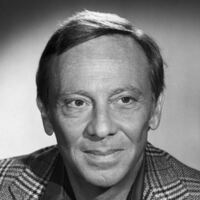 Norman Fell net worth: Norman Fell was an American actor who had a net worth of $1 million at the time of his death. Norman Fell was born in Philadelphia, Pennsylvania in March 1924 and passed away in December 1998. He was best known for starring as Stanley Roper on the television series Three's Company from 1976 to 1981 as well as the TV series The Ropers from 1979 to 1980. Fell had more than 160 acting credits to his name. From 1961 to 1962 he starred as Det. Meyer Meyer on the series 87th Precinct. He starred as Sgt. Charlie Wilentz on the television series Dan August from 1970 to 1971. Fell starred as Nathan Davison on the TV series Needles and Pins from 1973 to 1974. From 1982 to 1983 he starred as Ben Cooper on the series Teachers Only. He also starred in several movies including Ocean's 11, PT 109, It's a Mad, Mad, Mad, Mad World, Catch-22, Bullitt, and The Killers. In 1979 he won a Golden Globe Award for Best Actor in a Supporting Role – Television series for Three's Company. Norman Fell passed away on December 14, 1998 at 74 years old.