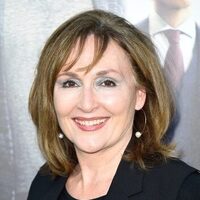 Nora Dunn net worth: Nora Dunn is an American actress and comedian who has a net worth of $1.5 million. Nora Dunn was born in Chicago, Illinois in April 1952. She is best known for being a cast member on the television series Saturday Night Live. Dunn has over 100 acting credits to her name and got her start on Saturday Night Live from 1985 to 1990. Some of her recurring characters included Ashley Ashley, Babette, Pat Stevens, Denise Venetti, and Liz Sweeney. Dunn is known for her celebrity impressions including Ann Landers, Imelda Marcos, Liza Minnelli, Martina Navratilova, Cokie Roberts, Joan Baez, Brigitte Nielsen, and Barbara Bush. Dunn starred as Norma Lear in the television series Sisters from 1993 to 1996. She had a recurring role on the TV series The Nanny from 1996 to 1999 and starred as Michelle Graybar in the series Three Moons Over Milford in 2006. She has also starred in the movies How I Got Into College, Miami Blues, Stepping Out, Passion Fish, I Love Trouble, The Last Supper, Air Bud: Golden Receiver, Drop Dead Gorgeous, Three Kings, Heartbreakers, Zoolander, The Hebrew Hammer, Bruce Almighty, Runaway Jury, Laws of Attraction, Pineapple Express, It's Complicated, and The Guilt Trip.