Nora Arnezeder Net Worth: Nora Arnezeder is a French actress and musician who has a net worth of $2 million. Born in Paris, France in 1989, Nora Arnezeder studied singing and dancing as a teen before making her film debut in 2007's "Les deux mondes" as Lyri. Though it was a small part, it didn't stop Arnezeder from landing her first big role as Douce in 2008's "Faubourg 36", a French romantic drama set in historic Paris about a music hall manager accused of murder. Arnezeder starred alongside Gerard Jugnot, Clovis Cornillac, Kad Merad, and Pierre Richard. She sang the song "Loin de Paname" for the film, which was nominated for Best Original Song at the Academy Awards. Arnezeder went on to appear as Katia in 2011's "Louis la Chance", Chloe in "La croisiere", Emilie in "Ce que le jour doit a la nuit", Celia in "The Words", and Anna in "Maniac". One of her best-known roles came in the 2012 Hollywood horror flick "Safe House" with Ryan Reynolds and Denzel Washington. Arnezeder starred as the title character in 2013's "Angelique" and played Sandra in 2014's "Fiston". Her biggest TV role came on the series "Xanadu" where she appeared as Varvara Valadine for eight episodes in 2011. 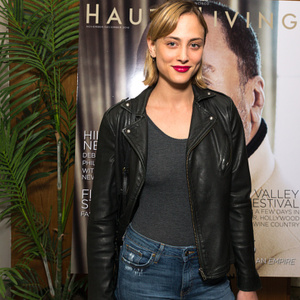