What Is Nolan Gould's Net Worth?

Nolan Gould was born on October 28, 1998, in New York City. When Nolan was a baby, his parents, Angela and Edwin, moved the family to Phenix City, Alabama, for Edwin's military career, and five years later, they relocated to California. Gould has an older brother, Aidan, who is also an actor; Aidan guest-starred on the "Best Men" episode of "Modern Family" in 2013. A member of Mensa, Nolan has an IQ of 150 and skipped four grades in school. He got his GED at age 13, and in 2017, Gould revealed during a red carpet interview that he had been accepted to the University of Southern California and was planning on studying Cinematic Arts. He stated, "I've spent my entire life in front of the camera and I just am really interested in what goes on behind the camera – so directing, producing, writing, all of that stuff."

Nolan began starring in commercials at age 3, and in 2006, he appeared in the short films "The McPassion" and "Waiting Room," followed by "Have a Nice Death" and "The Secret of Ruby Scorpion" in 2007. That year he also made his feature film debut in "Sunny & Share Love You" and appeared on the television series "Out of Jimmy's Head" and "America's Most Wanted: America Fights Back." In 2008, Gould appeared in the film "Montana," the TV movie "Sweet Nothing in My Ear," and the television series "Eleventh Hour," and the following year, he starred in "Space Buddies" and got his big break when he was cast as Luke Dunphy on "Modern Family." The series aired 250 episodes over 11 seasons and earned more than 100 awards, including 22 Primetime Emmys. During the early years of "Modern Family," Nolan appeared in the films "Hysteria" (2010) and "Monster Heroes" (2010), guest-starred on "Good Luck Charlie" (2010) and "R.L. Stine's The Haunting Hour" (2011), and co-starred with Justin Timberlake and Mila Kunis in the romantic comedy "Friends with Benefits." 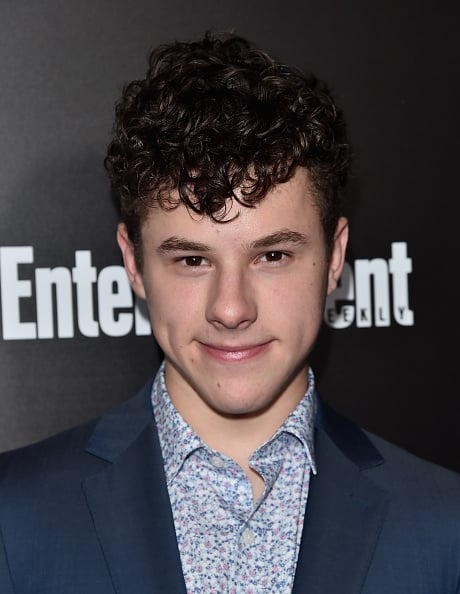 Gould played the lead role in the 2012 horror film "Ghoul," which is based on the 2007 Brian Keene novel of the same name. In 2013, he co-starred with Aubrey Plaza, Bill Hader, Alia Shawkat, and Andy Samberg in the comedy "The To Do List," and the following year he guest-starred on "R.L. Stine's The Haunting Hour" again. Nolan lent his voice to the Disney Channel/Disney Junior series "Sofia the First" in 2015; his "Modern Family" sister, Ariel Winter, voices Sofia on the series. Gould appeared in the 2015 film "Field of Lost Shoes," followed by Logic's 2017 music video for "1-800-273-8255" (the National Suicide Prevention Lifeline number) and the 2019 Kevin McHale music video "Help Me Now." He played aspiring actor Jeremiah Rosenhaft in the award-winning 2019 film "Yes," and in 2020, he appeared in three episodes of the web series "What's Up North." Nolan competed on "Worst Cooks in America: Celebrity Edition" in 2018 and was the second person eliminated, and in 2021, he appeared on "Celebrity Dating Game." In June 2020, he signed with A3 Artists Agency for literary representation.

Nolan enjoys playing music, and he has learned to play several instruments, including the banjo, double bass (also known as upright bass), didgeridoo, and mandolin. In February 2021, he spoke to "People" magazine about life after "Modern Family," stating, "I spent six months basically on vacation. But I feel like now it's time to kind of make a decision on where I want to go with my career, and one of the ways you can do that is by changing my look and my mindset." Gould began working out for 90 minutes per day with a friend who is a personal trainer, and he put himself on a healthy diet and cut out alcohol. He said of his healthy lifestyle, "I feel more clear-headed and have been doing as much writing as possible, being in acting class, taking all the steps I can so when the pandemic's finally over, hopefully I'll just be ready to go to work."

Gould and his "Modern Family" co-stars received eight Screen Actors Guild Award nominations for Outstanding Performance by an Ensemble in a Comedy Series, winning in 2011, 2012, 2013, and 2014. The cast also won a Gold Derby Award for Ensemble of the Year in 2010. Nolan earned a Young Hollywood Award for Scene Stealer in 2012, and he has been nominated for three Young Artist Awards, taking home the prize for Best Young Ensemble Performance in a TV Series for "Out of Jimmy's Head" in 2008 and Outstanding Young Performers in a TV Series for "Modern Family" (shared with Rico Rodriguez and Ariel Winter) in 2010. For "Yes," Gould won the Best Actor award at the 2019 Bergen International Film Festival of NJ, and Nolan and his co-star Tim Realbuto were named Best Ensemble/Duo at the Oniros Film Awards. Gould has also received a Legionnaires of Laughter Legacy Award nomination for Best Children's Comedy Artist Male for "Modern Family" in 2018. 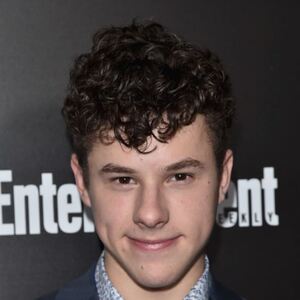