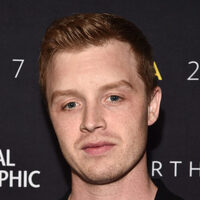 Noel Fisher net worth: Noel Fisher is a Canadian actor who has a net worth of $3 million. Noel Fisher was born in Vancouver, British Columbia, Canada in March 1984. From 2000 to 2001 he starred as Aaron on the television series You, Me and the Kids. Fisher provided the voice of Toad / Todd Tolesnky on the TV series X-Men: Evolution from 2000 to 2003. From 2005 to 2006 he starred as TJ on the series Godiva's. Fisher starred as Cael Malloy on the television series The Riches from 2007 to 2008. One of his best known roles came starring as Mickey Milkovich on the TV series Shameless from 2011 to 2016. Fisher voiced the role of Michelangelo in the movies Teenage Mutant Ninja Turtles and Teenage Mutant Ninja Turtles: Out of the Shadows. He has also appeared in the films Freddy Got Fingered, Final Destination 2, Agent Cody Banks, Battle Los Angeles, The Twilight Saga: Breaking Dawn – Part 2, and more. Fisher has been nominated for two Gemini Awards, a Behind the Voice Actors Award, and a Kids' Choice Award. He has been engaged to actress Layla Alizada since 2014. They married in 2017.