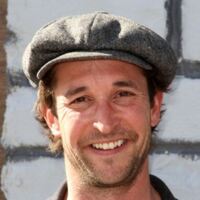 What is Noah Wyle's Net Worth?

Noah Wyle is an American film, television and theater actor who has a net worth of $25 million. Wyle is probably best known for playing the role of John Carter in the television series "ER." He played this role from 1994 to 2009, earning millions of dollars and critical praise in the process. In recognition for his performances in "ER," he was nominated for three Golden Globe awards and five Primetime Emmy Awards.

After leaving "ER," Wyle stated that he "fell in love with acting again." He booked a number of additional roles, including the role of Flynn Carsen in "The Librarian" franchise. This includes three TV moviesthat were released from 2004-2008, plus a TV series that spanned from 2013 to 2018. In addition, Wyle has gained recognition for his role in the TV show "Falling Skies," which lasted from 2011 to 2015. In terms of film, Noah is known for movies like "A Few Good Men," "Pirates of Silicon Valley," "Donnie Darko," and "W." More recently, he was nominated for a Critics' Choice Television Award for his role in the miniseries "The Red Line."

Around the time George Clooney was leaving the show, "ER" producers moved to lock in its other stars, such as Anthony Edwards, Noah Wyle, and Eriq La Salle. In 1999, Wyle and La Salle were both given three-year deals worth $27 million each. This equates to roughly $400,000 per episode, or $9 million per year. This is roughly $14 million after adjusting for inflation, and according to the Guinness World Records in 2005, the deal made Wyle the highest paid TV drama actor per episode.

Noah Strausser Speer Wyle was born on June 4th of 1971 in Hollywood, California. Raised alongside two sublings in a Jewish household by a head nurse and an electrical engineer/entrepreneur, Noah watched his parents go through a separation in the late 70s. His mother remarried a film restorationist. Wyle comes from an artistic and entrepreneurial family with strong roots in Los Angeles. His grandfather Frank Wyle founded the Craft and Folk Art Museum and Wyle Laboratories, while his grandmother was an expressionist painter who set up her own cafe in L.A.

Wyle attended an elite private school and graduated in 1989. During his secondary school years, he appeared in a number of plays and won an award for a play that he wrote. He then enrolled at Northwestern University, participating in the school's Theatre Arts program. After graduating from Northwestern, Wyle continued to hone his acting skills, working with famed acting teacher Larry Moss while living in an apartment on Hollywood Boulevard.

Noah Wyle's breakthrough came when he was cast as the medical student John Carter in the pilot for "ER." He managed to stay with the show after it was greenlit – the only cast member to do so. All of the other roles were filled by established actors, such as George Clooney.

As the youngest member of the cast, Wyle used "ER" as a vehicle towards greater success, earning nominations for multiple honors and accolades during the show's run. Although left the series at the end of its 11th season, Wyle returned for four episodes in the 12th season. Noah then returned for the 15th and final season for five more episodes to finish his stint with "ER" once and for all. His decision to leave the series was reportedly because he wanted to spend more time with his friends and family. 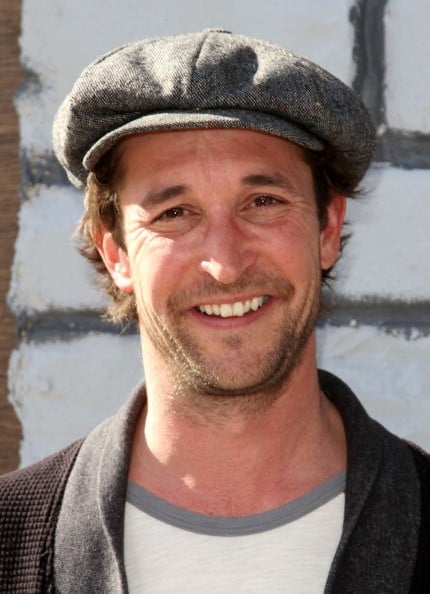 Outside of "ER," Wyle appeared in a number of films, beginning in the mid-80s. During the 90s, his notable films were "There Goes My Baby," "A Few Good Men," "Swing Kids," and various films in "The Librarian" franchise. He also gained critical acclaim for portraying Steve Jobs in "Pirates of the Silicon Valley." In addition, Wyle is known for films like "White Oleander," "Donnie Darko," "Fail Safe," and "The Californians."

Wyle is an established theater actor who has produced and performed in numerous plays. After "ER," he continued his television career with shows like "Falling Skies," "The Red Line," and "Leverage."

Noah's first wife was a makeup artist named Tracy Warbin, whom he met on the set of a film called "The Myth of Fingerprints." They married in 2000, had two children, and divorced in 2010. In 2014, Wyle married Sara Wells, his second wife. They welcomed a child into the world in 2015.

Around the same time he listed his longtime Los Angeles home for $4.4 million. This home in Los Feliz features five bedrooms, a home theater, a detached guesthouse, a pool, a koi pond, and a patio with a fire pit. The residence also offers exceptional views of the city. Noah owned this home for 2.5 years, and it was originally constructed by famed theater owner Alexander Pantages as a wedding gift to his son. He owns another Los Angeles home in the Los Feliz neighborhood. In 2007, it was reported that Wyle had sold this residence for $4.225 million. He originally purchased the home for $2.5 million in 2003, which means that he earned a significant profit from the deal.

He also owns a $3 million property in Solvang, California. This residence was originally purchased by Noah for $1.8 million in 2003, and it features a formal dining room, oversized panel doors, a great room, and a saltwater pool. In addition, there is a detached building with a one-car garage and a pool room. He sold a portion of the Santa Ynez property, roughly 12 acres, in 2013 for $2 million.