Noah Taylor Net Worth: Noah Taylor is an Australian actor and musician who has a net worth of $5 million dollars. Noah Taylor was born in September of 1969 in London. His parents were both Australian and returned to their native country when Taylor was five. He has a younger brother.

Growing up, the family lived in Clifton Hill and later St. Kilda which are suburbs of Melbourne. They also lived in Victoria. When Noah was 14 his parents divorced. After a friend suggested Taylor get into acting for "something to do on the weekends," he began to explore it as a hobby. At the time he was 16. He enjoyed acting so much that he opted to make it his career after only a short time with the hobby. Taylor then went on to expand his acting abilities, appearing in a number of plays and live productions. In 1987, he landed his on-screen debut when he was spotted by John Duigan, a director and cast in The Year My Voice Broke. He again appeared in the film's sequel, Flirting, which was released in 1991. Taylor is also said to be an accomplished musician and artist, drawing and painting in his free time. He married Dionne Harris, an Australian fashion designer, in November of 2012. Today Noah Taylor is best known for appearances in movies like Vanilla Sky, Almost Famous, Predestintion and Charlie and the Chocolate Factory. 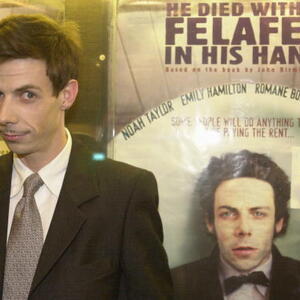