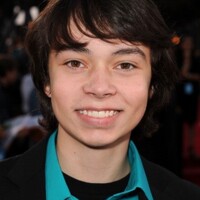 Noah Ringer Net Worth: Noah Ringer is an American actor who has a net worth of $2 million dollars. Born in Dallas, Texas on November 18, 1996, Noah Ringer became active in the entertainment industry in 2010. He is best known for his role as Aang in The Last Airbender as well as Emmett in Cowboys & Aliens. He has studied martial arts throughout his life and became a first degree black belt in Taekwondo when he was twelve years old. He practiced at ATA Martial Arts located in Carrollton, Texas and was led to audition for The Last Airbender after his instructor noticed a striking resemblance between Ringer and the character Aang. He received the part and later studied at the Dallas Young Actors Studio. He is currently signed to Creative Artists Agency, LLC and received a "Coming of Age" Best Actor award for The Last Airbender via TheSkyKid.Com. He is currently home schooled and has three notable films under his belt, including The Peppercorn Chronicles, which is scheduled for release in 2014.