What is Noah Reid's Net Worth?

Noah Reid is a Canadian-American actor and musician who has a net worth of $4 million. Reid is perhaps best known for playing Patrick Brewer on the critically-acclaimed Canadian TV series "Schitt's Creek," which he starred on from 2017 to 2020. He has more than 50 film and television credits to his name, including "Score: A Hockey Musical" (2010), "Kevin from Work" (2015), and "The Archivists" (2020). Noah voiced Franklin the Turtle on the animated series "Franklin" (1997–2004) as well as Tommy Settergren on "Pippi Longstocking" (1997–1999) and Gunther Breech on "Jane and the Dragon" (2006).

Noah Reid was born Noah Nicholas Reid on May 29, 1987, in Toronto, Ontario, Canada. His father is Canadian, and his mother grew up in California, and they are both visual artists. Noah began acting in plays around the age of 6, and his parents regularly took him to theatrical productions during his youth. Reid studied at Etobicoke School of the Arts and graduated from the National Theatre School of Canada in 2008.

Noah made his big screen debut in the 1996 Sandra Bullock-Chris O'Donnell film "In Love and War," and the following year, he guest-starred on "La Femme Nikita" and lent his voice to "Pippi Longstocking," "The Magic School Bus," and "Stickin' Around." From 1997 to 2004, he voiced the lead role on "Franklin," and in 1998, he had an uncredited role as Timmy Brisby's Singing Voice in "The Secret of NIMH 2: Timmy to the Rescue" and voiced "Young Perseus" on "Mythic Warriors: Guardians of the Legend." In 2000, Reid guest-starred on "In a Heartbeat" and did voice acting in "Franklin and the Green Knight," "Mattimeo: A Tale of Redwall," "Babar," and "Anne of Green Gables: The Animated Series." He had voice roles in "Martin the Warrior: A Tale of Redwall" (2001), "Franklin's Magic Christmas" (2001), and "Rolie Polie Olie: The Great Defender of Fun" (2002) and guest-starred on a 2001 episode of "Soul Food," then starred as Marshall Wheeler on the Canadian series "Strange Days at Blake Holsey High" from 2002 to 2006. 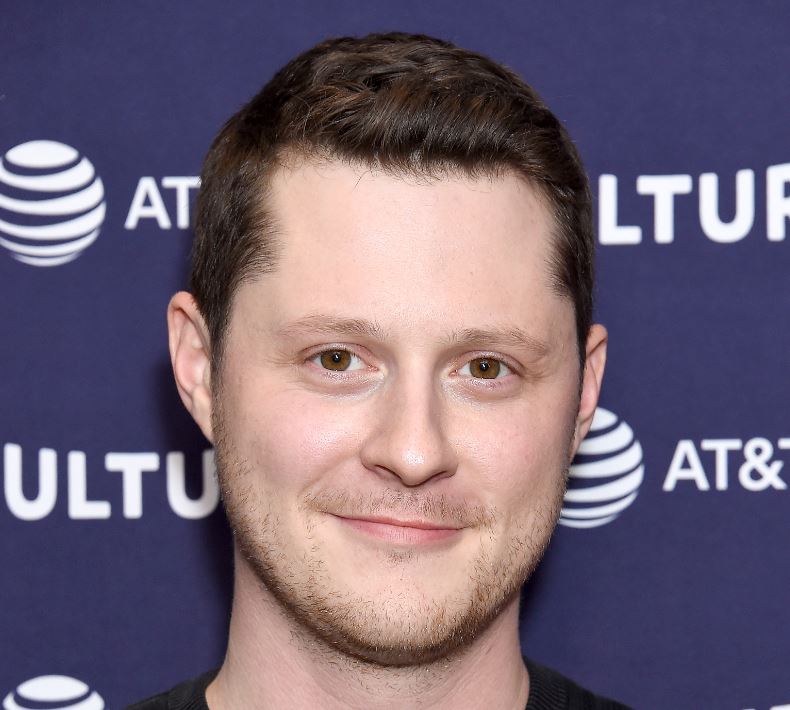 Noah appeared in the 2005 television film "Terry," then guest-starred on "Naturally, Sadie" (2007) and "Degrassi: The Next Generation" (2009). He played the lead role in the 2010 film "Score: A Hockey Musical" and the 2011 TV movie "Three Inches," and in 2012, he guest-starred on "Rookie Blue," "The Firm," and "Alphas" and portrayed businessman Harry Widener in the miniseries "Titanic." In 2015, Reid landed the title role on the ABC Family series "Kevin from Work" and appeared in the film "People Hold On," and he guest-starred on "House of Lies" in 2016. In 2017, he starred in the film "Cardinals" and began playing Patrick Brewer, love interest of Dan Levy's David Rose, on "Schitt's Creek." Noah appeared in 40 episodes of the series, and while starring on the show, he performed in a 2018 Tarragon Theatre production of "Hamlet" and appeared in the 2019 films "Disappearance at Clifton Hill" and "Buffaloed" and the 2020 short film "The Archivists." In 2020, to promote the final season of "Schitt's Creek," Pop TV put up a billboard on Sunset Boulevard with an image of David and Patrick kissing. Reid spoke to GoldDerby.com about appearing on the groundbreaking billboard, stating "I get goosebumps thinking about it still. There was something so unique and special about that ad campaign. It was a conscious creative choice and to have Pop stand behind that messaging was so meaningful."

On December 31, 2018, Noah announced that he was engaged to actress Clare Stone, who co-starred with him in a 2012 episode of the police drama "Rookie Blue." The couple married on July 25, 2020, at the Reid family home on Lake Huron; due to Covid-19 restrictions, only 25 guests were invited. Noah holds dual citizenship between Canada and the U.S., and when Joe Biden was declared the winner of the 2020 presidential election, Noah posted a photo of Biden and Kamala Harris on Instagram with the caption "Today, I'm a proud American."

In 2009, Reid was presented with the John Hirsch Award for Most Promising Young Actor at the Stratford Festival for his performance in Morris Panych's "Tresspassers." He has been nominated for five Canadian Screen Awards, winning Best Supporting or Guest Actor, Comedy for "Schitt's Creek" in 2019; four of his nominations were for "Schitt's Creek," and one was for Achievement in Music – Original Song for "People Hold On" from the 2015 film of the same name. The "Schitt's Creek" cast won a Screen Actors Guild Award for Outstanding Performance by an Ensemble in a Comedy Series in 2021, an IGN Summer Movie Award for Best TV Ensemble in 2020, and ACTRA Awards for Members' Choice Series Ensemble in 2019, 2020, and 2021. Noah also received an ACTRA Award nomination for Outstanding Performance – Male for "Score: A Hockey Musical" in 2011, and his performance of "Simply the Best" on "Schitt's Creek" earned him a Dorian Award nomination for TV Musical Performance of the Year from GALECA: The Society of LGBTQ Entertainment Critics in 2019.