Noah Centineo net worth: Noah Centineo is an American actor and model who has a net worth of $2 million. He is best known for starring on the TV series The Fosters.

Noah Centineo was born in Miami, Florida in May 1996. He made his debut in the 2009 movie The Gold Retrievers. One of his best known roles came starring as Jesus Adams Foster on the television series The Fosters from 2015 to 2018. Centineo starred as Hawk on the TV series [email protected] from 2017 to 2018. He has appeared in several films including SPF-18, To All the Boys I've Loved Before, Sierra Burgess Is a Loser, Swiped, The Perfect Date, Charlie's Angels, and To All the Boys: P.S. I Still Love You. Noah Centineo has also appeared in episodes of the TV series Austin & Ally, Marvin Marvin, Shake It Up, Ironside, Jessie, See Dad Run, Newsreaders, How to Build a Better Boy, and Good Trouble. He also appeared in the music video "Havana" by Camila Cabello featuring Young Thug. He has won a People's Choice Award, Teen Choice Award, Kids' Choice Award, and MTV Movie + TV Award. 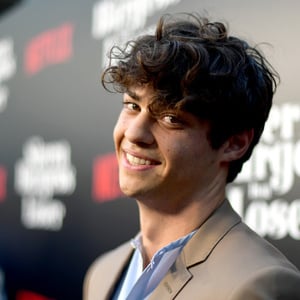