What was Nikolaj Coster-Waldau's salary on Game of Thrones? $1.1 million per episode.

Early Life: Coster-Waldau was born in Rudkobing, Denmark on July 27, 1970, the son of librarian Hanne Coster and Jorgen Oscar Fritzer Waldau, who died in 1998. Coster-Waldau has spoken extensively in interviews about his father's alcohol abuse while growing up, as well as his parents' divorce. Nikolaj has two older sisters and he was raised primarily by his mother in Tybjerg, a small village in southern Zealand. Nikolaj was the youngest actor ever to enter the Danish National School of Theater and Contemporary Dance. He was educated from 1989-1993 at the National Theater School in Denmark and made his stage debut as Laertes in "Hamlet" at the Betty Nansen Theater.

Early Career: His role in the 1994 movie "Nightwatch" brought him fame in Denmark, and shortly thereafter, he played Simon Staho in "Wildside," which he also co-wrote. Coster-Waldau then went on to star in the Danish film "Misery Harbour." He made his British film debut in 1997 when he appeared alongside Clive Owen, Jude Law, and Mick Jagger in "Bent."

In 2001, he appeared in Ridley Scott's "Black Hawk Down," as Gary Gordon, which catapulted him into a career in film and television in the United States. He then landed a lead role in "Enigma" and appeared as a villain in the action film "My Name Is Modesty." In 2004, Coster-Waldau appeared in the romantic comedy "Wimbledon."  He teamed up again with Ridley Scott for the 2005 film "Kingdom of Heaven." In 2007, he played homicide detective John Amsterdam in the short-lived Fox TV series "New Amsterdam." Coster-Waldau was then able to obtain his Screen Actors Guild card after filming the series pilot of "New Amsterdam."

Mainstream Success: Coster-Waldau played Jaime Lannister on the HBO hit series "Game of Thrones," based on George R.R. Martin's fantasy novel series "A Song of Ice and Fire," from 2011-2019. For his role, Coster-Waldau has received loads of accolades, including a Primetime Emmy Award, a Screen Actors Guild Award, a Saturn Award, a Critics Choice Television Award, and several People's Choice Award nominations.

During his time on "Game of Thrones," he starred in several films, beginning with 2011's "Blackthorn" alongside Sam Shepard. Later that year, he starred in Morten Tyldum's "Headhunters," which went on to be the highest-grossing Norwegian film of all time. The film was met with overwhelmingly positive reviews and received a BAFTA nomination for Best Foreign Film. In 2013, he starred in the horror film "Mama" alongside Jessica Chastain, which debuted at No. 1 at the U.S box office and grossed $140 million worldwide. Coster-Waldau then went on to play Sykes in the science fiction action thriller "Oblivion." Later that year, he co-starred in "A Thousand Times Good Night," In 2014, Nikolaj starred as a police officer named Andreas in the Danish thriller "A Second Chance." In 2016, he appeared in the action-fantasy film "God of Egypt." Coster-Waldau then starred in E.L. Katz's black comedy "Small Crimes," which premiered at the South by Southwest film festival on March 11, 2017 to positive reviews. Up next, he appeared in the Danish film "3 Things," and then starred in the prison film "Shot Caller." In January of 2018, he began working as the global spokesperson for L'Oreal Paris's Men Expert line of products. In May 2019, he starred in "Domino," directed by Brian De Palma. Later that year, he starred in "Suicide Tourist" by Jonas Alexander Arnby. Also in 2019, he launched a production company called Ill Kippers. In 2020, Coster-Waldau starred in the thriller "Silencing."

Personal Life: Nikolaj Coster-Waldau lives near Copenhagen with his wife, Nukaka, a Greenlandic actress and singer, and their two daughters, actresses Saffina and Philippa, and their two dogs. Nikolaj and Nukaka, a Greenlandic actress and singer, have been married since 1997. His father in law, Josef Motzfeldt, is a member of the Parliament in Greenland and is a former leader of the Inuit Community party.

In 2017, he partnered with Google to use Street View to document the impact of global warming in Greenland with the goal to increase awareness and highlight climate change. On International Women's Day in 2017, Coster-Waldau participated in a female empowerment initiative in Kenya. In 2018, he and several other Danish artists signed a manifesto demanding zero tolerance for sexual harassment, sexual assault, and sexism in the Danish film and arts industry. In 2019, he traveled to Rwanda to report the progress of the country and also to the Peruvian Amazon to tour the Amazon rainforest wildfires and offer insights into the effects of climate change. 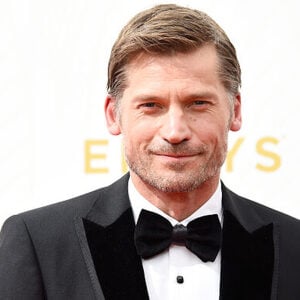