What is Nikki Reed's Net Worth?

Nikki Reed is an American actress, screenwriter, and singer-songwriter who has a net worth of $12 million. Nikki first became widely-known after starring in the 2003 film "Thirteen" which she also co-wrote with her mother's friend Catherine Hardwicke (Catherine was the director). Nikki then appeared as vampire Rosalie Hale in "The Twilight Saga" series of films. Other credits have included "Lords of Dogtown," "Empire State," "In Your Eyes," "Jack Goes Home," and the supernatural television series "Sleepy Hollow."

Nikki Reed was born in 1988 in Los Angeles, California to beautician Cheryl Houston and production designer Seth Reed. She is of Italian descent on her mother's side, and of Jewish ancestry on her father's. Reed has an older brother, Nathan, and a younger half-brother, Joey. Following the separation of her parents when she was two, Reed was brought up by her mother. At only 14, she moved out and began living on her own in apartments throughout the Los Angeles area. Reed went to Alexander Hamilton High School, but attended sporadically while balancing her acting career. Although she dropped out, she received her diploma via homeschooling.

As a teenager, Reed had her breakout role in the 2003 film "Thirteen," in which she starred alongside Evan Rachel Wood as a troubled junior high school student involved with substance abuse, crime, and underage sex. In addition to starring in the film, Reed co-wrote the script with director Catherine Hardwicke, who was a friend of her mother's; they finished the screenplay in just six days. Reed received high acclaim for her performance, earning multiple critics award nominations and winning the Independent Spirit Award for Best Debut Performance.

Following "Thirteen," Reed appeared in "Man of God," Catherine Hardwicke's skateboarding drama "Lords of Dogtown," and the crime drama "American Gun," starring Donald Sutherland, Forest Whitaker, and Marcia Gay Harden. In early 2006, she had a recurring role as the new love interest of Ben McKenzie's Ryan Atwood on the teen drama "The O.C." That year, she also appeared in an episode of the Fox legal drama "Justice," and had a lead role in the neo-noir "Mini's First Time." In the latter, Reed played a teenager who seduces her stepfather in a plot to murder her mother.

After starring in the thriller "Cherry Crush" in 2007, Reed landed her biggest role yet as the beautiful vampire Rosalie Hale in the 2008 fantasy romance "Twilight," adapted from the popular young adult novel by Stephenie Meyer. Directed by Catherine Hardwicke and starring Kristen Stewart and Robert Pattinson, the film was a major success, grossing over $400 million at the box office. Reed later reprised her role in the film's four sequels, "New Moon," "Eclipse," "Breaking Dawn – Part 1," and "Breaking Dawn – Part 2."

Beyond "Twilight," Reed's film credits include "Familiar Strangers," "Chain Letter," and the dramedy "Last Day of Summer," which she also executive produced. In 2011, Reed was part of the cast of the assassin action drama "Catch .44," costarring Bruce Willis, Malin Akerman, and Forest Whitaker. This was followed by the crime drama "Empire State," with Dwayne Johnson; the indie crime thriller "Pawn," starring Forest Whitaker, Ray Liotta, Stephen Lang, and Common; the psychological thriller "Enter the Dangerous Mind"; the sports comedy "Balls Out," featuring "Saturday Night Live" players Kate McKinnon, Jay Pharoah, and Beck Bennett; and the paranormal romance "In Your Eyes," written by Joss Whedon. Subsequent credits have included the films "Murder of a Cat," "About Scout," and "Jack Goes Home," as well as the television series "Sleepy Hollow," "Dollface," and the science-fiction streaming series "V-Wars," based on the anthology series and comic book of the same name. 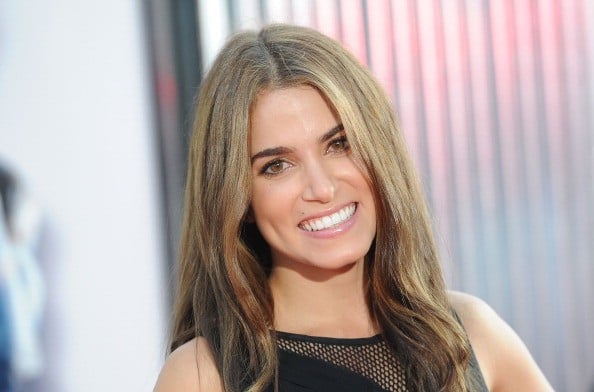 Reed has appeared in a number of music videos. In 2005, she was in the video for Santana's "Just Feel Better." In 2010, she was featured in Sabrina's "No Rose Petals & Bubblebaths." A couple years later, she was in the music videos for two songs she recorded with Paul McDonald: "All I've Ever Needed" and "Now That I've Found You," the latter of which she also directed. With McDonald, Reed released the EP "The Best Part" in 2012. Among the other music videos Reed has been in are Hanson's "Get the Girl Back," Lady Gaga's "Til it Happens to You," the Black Eyed Peas' "Where's the Love?," and the Sweeplings' "In Too Deep," which she also directed.

At the 2011 red carpet premiere of the film "Red Riding Hood," Reed met singer-songwriter and former "American Idol" contestant Paul McDonald. They began dating, and shortly after moved in together. Later that year, they got engaged, and in October, were married in Malibu. In 2014, the couple announced their separation after having lived apart for around six months. The pair eventually divorced in January of 2015. That February, Reed confirmed her engagement to actor Ian Somerhalder; in April, they married in Malibu. Two years later, the couple had a daughter, Bodhi.

Involved in activism, Reed partnered with Staples and the non-profit Do Something in 2011 to help out with their Annual School Supply Drive. She is also committed to advocating for animal rights, and volunteers at animal shelters in her free time. As part of this cause, Reed designed a limited edition leash and collar to benefit the ASPCA. Among her other ventures, she helped establish the sustainable jewelry brand BaYou With Love in 2017. Set up with friend Morgan Bogle, the brand works with computer company Dell to transform recycled technology into jewelry.

Soon after marrying, Nikki and Ian paid $2.85 million for a home in Venice, California. They listed the home for sale in 2019 for $3.5 million. 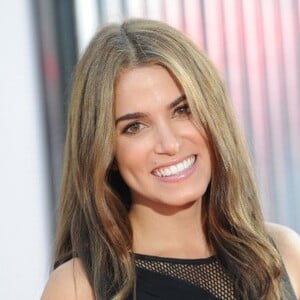