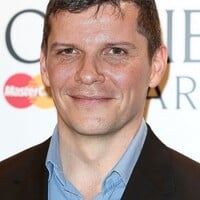 Nigel Harman Net Worth: Nigel Harman is a British actor who has a net worth of $5 million. Nigel Harman was born in London, United Kingdom in August 1973. He is best known for playing the role of Dennis Rickman on the soap opera EastEnders. Harman attended Dulwich College. He had a manager at eight years old and made his TV debut in the BBC1 drama television series Tenko in 1984. In 1986 he starred in the TV series Smith & Jones and also in The Honey Siege in 1987. His best known role came starring as Dennis in EastEnders from 2003 to 2005. In 2009 he starred in the series Plus One as Rich Black and in Hotel Babylon as Sam Franklin. In 2013 Harman starred as Bradley in the TV series Mount Pleasant and as Green in the series Downton Abbey. He has also starred in the movies Blood Diamond and Telstar: The Joe Meek Story. For his work on EastEnders Harman won two Sexiest Male Awards at the British Soap Awards and a National Television Award for Most Popular Newcomer. Harman has also acted in theater in shows such as Guys and Dolls and Shrek the Musical which won him an Olivier Award.