What is Nicole Eggert's Net Worth?

Nicole Eggert is an American actress who has a net worth of $500 thousand. Nicole Eggert is best known for her roles on the television series "Charles in Charge" and "Baywatch." She also had recurring roles on "T.J. Hooker" and "Who's the Boss?," and appeared in a number of television films. Additionally, Eggert competed on the celebrity reality shows "Celebrity Fit Club" and "Splash."

Nicole Eggert was born on July 13, 1972 in Glendale, California to German-born canning-company executive Rolf and British-born talent agent Gina. Growing up, she was entered into many beauty contests by her mother, and at the age of five, was named Little Miss California Universe.

Eggert got her start on television as a young child, appearing in the television films "When Hell Was in Session" and "When She Was Bad…," and lending her voice to the animated special "Someday You'll Find Her, Charlie Brown." Her first role on a regular series came in 1981, when she played Amy Watkins in an episode of "Fantasy Island"; she appeared as another character, Nancy Warner, in a 1982 episode. Also in 1982, Eggert began a recurring role on the police drama "T.J. Hooker," playing Chrissie Hooker for five episodes through 1983. Following this, she appeared in two episodes of "CBS Schoolbreak Special" and was in the television film "I Dream of Jeannie… Fifteen Years Later." From 1985 to 1986, Eggert played the recurring role of Marci Ferguson on the sitcom "Who's the Boss?" Her biggest part in the 80s, however, was on the sitcom "Charles in Charge," which she joined in the second season. Eggert played Jamie Powell for the remainder of the series through 1990. 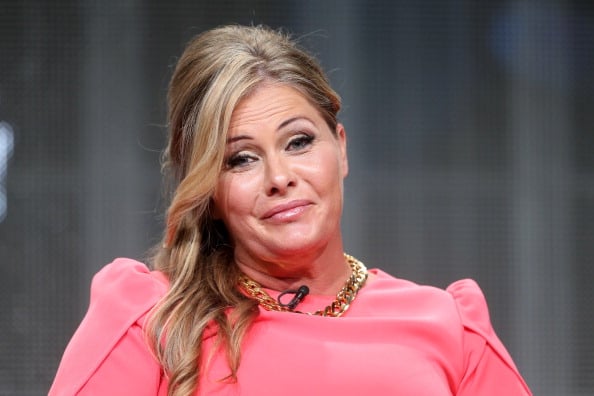 In 1992, Eggert was in the television film "Secrets," adapted from the Danielle Steel novel; had a recurring role on the series "Home Fires"; and joined the action drama series "Baywatch" as a regular cast member. On the latter show, she played lifeguard Roberta Quinn in seasons three and four. Following this, Eggert was in the television film "Blown Away," and appeared in episodes of "Heaven Help Us" and "Burke's Law." Her other credits in the 90s include the television films "Amanda & the Alien" and "Frequent Flyer," as well as episodes of "Clueless" and "Boy Meets World." Eggert was in several more television films in the 2000s, such as "Wall of Secrets," "Lightspeed," "Holiday Switch," "Past Lies," and "Phantom Racer." Later, she appeared on various reality competition shows, including "Celebrity Fit Club," "Splash," and "Battle of the Network Stars." In 2015, Eggert was showcased on the reality series "Botched" for a breast reduction surgery.

Eggert made her big-screen debut in 1981, playing the young daughter of Candice Bergen's character in George Cukor's final film, "Rich and Famous." Her next film was the dog-centric dramedy "Hambone and Hillie," released in 1983. This was followed by "The Clan of the Cave Bear," "Kinjite: Forbidden Subjects," and "The Haunting of Morella," in which she starred as the titular character.

Beyond her acting career, Eggert memorably appeared nude on the cover of rock band Sugar Ray's debut album, "Lemonade and Brownies," released in 1995. Among her other endeavors, she began a career as an ice-cream truck owner and operator in 2014.

Eggert has accused Scott Baio, her former "Charles in Charge" costar, of sexually abusing her when she was a minor, starting at the age of 14.

For a while, Eggert was engaged to actor Corey Haim, whom she appeared alongside in the films "Blown Away," "The Double 0 Kid," and "Just One of the Girls." She apparently helped save the troubled young actor's life several times by taking him to the emergency room during potential narcotic overdoses. Later, Eggert married actor Justin Herwick, with whom she had two daughters named Dilin and Keegan. The pair eventually divorced. 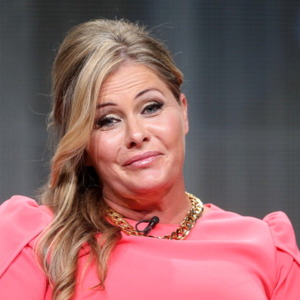