Nicole Bilderback net worth: Nicole Bilderback is a Korean American actress who has a net worth of $600 thousand. Nicole Bilderback was born in Seoul, South Korea in June 1975. She has had recurring roles in the television series Dark Angel from 2000 to 2001 and Dawson's Creek from 2001 to 2003. Nicole Bilderback has appeared in several films including Clueless, Forever Lulu, Bring It On, Bad Girls from Valley High, Cruel World, Sex and Death 101, The Box, Mercenaries, and more.

She has also appeared in episodes of the TV series The Fresh Prince of Bel-Air, Silk Stalkings, The Parent 'Hood, Sabrina, the Teenage Witch, Step by Step, 7th Heaven, Clueless, ER, Buffy the Vampire Slayer, Without a Trace, House, Heroes, Cold Case, Numb3rs, Castle, The Mentalist, Bones, and more. In 2008 she was nominated for an L.A. Outfest Award for Outstanding Actress in a Feature Film for The New Twenty. 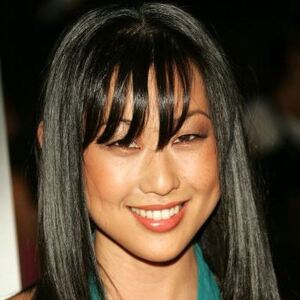