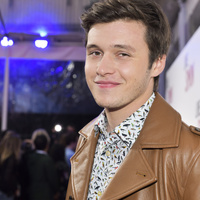 Nick Robinson net worth: Nick Robinson is an American actor who has a net worth of $3 million. Nick Robinson was born in Seattle, Washington in March 1995. At 11 years old he made his professional acting debut in a production of Charles Dickens' A Christmas Carol. His best known role has come starring as Ryder Scanlon on the television series Melissa & Joey since 2010. Robinson stars as Zach in the 2015 movie Jurassic World and starred as Joe in the 2013 film The Kings of Summer. He also made a guest appearance on an episode of the TV series Boardwalk Empire in 2012. In 2013 Robinson was nominated for a Phoenix Film Critics Society Award for Best Performance by a Youth in a lead or Supporting Role – Male for The Kings of Summer.