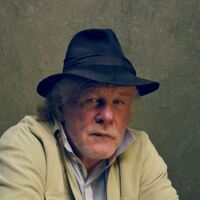 What is Nick Nolte's Net Worth and Salary?

Nick Nolte is an American actor who has a net worth of $75 million. While Nick Nolte has appeared in nearly 90 films, playing a wide range of characters, it is almost impossible to forget that you are watching Nick Nolte when you are seeing him.  His impressive height, careworn face, and voice like gravel, make it hard to see past the man that is Nick Nolte, to the character he is playing.  During his early career, and throughout the 90s, when he was playing characters that were tough, salt-of-the-earth, or rebellious, the fact that Nick Nolte's sheer charisma often overwhelmed the character's was not really an issue.  In fact, it lead to multiple award nominations and wins, and kept Mr. Nolte in the public eye.  However, by the early 2000s, he had fallen out of favor a bit, and his list of roles were far less high profile.  The slow down in work could also have been attributed to his 2002 arrest for drunk driving.  He was not, in fact, driving drunk, but was found to have GHB in his system.  His now legendary mug shot was a wake-up call, and he underwent counseling.  In 2011, he re-emerged in another tough guy role, appearing in the mixed martial arts film, "Warrior".  His performance earned him an Oscar nomination, and has led to more roles since. Outside of acting, Nick has worked as a producer, author, and model. His acting work has been well-received by critics, and he has won a number of awards. These include a Golden Globe for Best Actor, as well as a number of Academy Award nominations. In addition to film, Nick Nolte is an active presence in the world of television, where his performances are equally praised by critics.

Nick Nolte was born on February 8th of 1941 in Omaha, Nebraska. Raised alongside an older sister, Nick attended elementary school in Waterloo before enrolling in high school in Omaha. During his high school years, Nolte became the kicker for the school football team but was later expelled after a beer-related incident. Despite his disciplinary issues, Nolte still graduated in 1959.

After high school, he attended a number of universities, including Pasadena City College, Arizona State University, Eastern Arizona College, and Phoenix College. In many cases, he attended these institutions on various sports scholarships. Nolte continued to play football throughout his college years, becoming a tight end and a defensive end. He also became a successful baseball and basketball player.

Sports were always Nolte's focus, and his academic performances failed to match his success in athletics. After his grades began to slip to the point of no return, Nick shifted his attention towards the world of theatre and left college. He first became involved in the Pasadena Playhouse before attending the Stella Adler Academy in Los Angeles. During this early period, Nolte traveled the nation, working for several regional theatres.

Some of Nick's earliest work was as a model. He posed for a national advertisement for a jean shirt in 1972 for Clairol. He first gained recognition as an actor after appearing in the miniseries "Rich Man, Poor Man." This sparked the beginning of his film career, which spanned over forty different films. His trademark gravelly voice became one of his defining features, and he later attributed this to "thick vocal cords."

After more TV appearances in series like "Griff" and "Barnaby Jones," Nolte went on to star in television films like "Winter Kill" and "Adams of Eagle Lake." During the 70s, he starred in feature films like "The Deep," "Who'll Stop the Rain," and "North Dallas Forty." Throughout the 80s, Nick continued his film career with roles in films like "48 Hrs.," "Under Fire," "Down and Out in Beverly Hills," "Extreme Prejudice," "Grace Quigley," and "Another 48 Hrs."

During the 2000s, Nolte followed up with roles in movies like "Clean," "Hotel Rwanda," "Peaceful Warrior," "Warrior," and the Ben Stiller comedy "Tropic Thunder." He also continued his television career with appearances in series like "Luck." In the 2010s, Nick appeared in movies such as "Parker," "A Walk in the Woods," and "Return to Sender." During this period, he landed television roles in series like FX's "Graves" and Disney+'s "The Mandalorian." 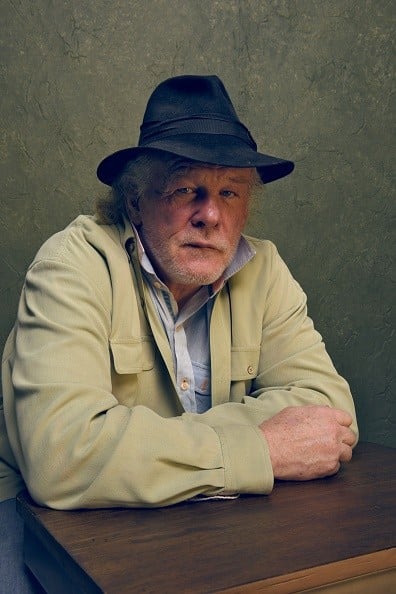 Nick has been engaged to a number of women over the years, including Sheila Page, Sharyn Haddad, and Rebecca Linger. During his relationship with Linger, he and his partner welcomed a child into the world. Nick Nolte then married Clytie Lane in 2016, and the pair had a child together. Outside of these relationships, Nolte has dated a number of celebrities, including Debra Winger and Vicki Lewis.

Throughout the years, Nick Nolte has developed a reputation for being somewhat wild and unruly, and he has dealt with a number of legal issues over the course of his career. His first major run-in with the law came in 1965 when he was arrested for selling counterfeit documents. To Nolte's relief, the court ruled in his favor and suspended the 45-year prison sentence and $75,000 fine he was facing.

On the other hand, Nolte had still been convicted of a felony, and this made it impossible for him to serve during the Vietnam War. While many young men his age were doing everything they could to avoid the draft and the war, military service was something Nick aspired to. He has since revealed that he feels "incomplete" as a result of not going to Vietnam.

In 2002, Nick Nolte was arrested for a DUI in Malibu. It was later determined that he was under the influence of GHB, a powerful drug. He subsequently checked himself into a counseling center and pleaded no contest to his DUI charge. He was given three years of probation and was ordered to complete alcohol and drug testing. Over the next few years, he completed counseling while going in for random drug tests.

Following his arrest for Driving Under the Influence, it was revealed that Nick Nolte had been struggling with substance abuse for most of his life. His struggle began when he was very young, and at that point, he was abusing only alcohol. Although he managed to live a sober lifestyle for almost 10 years, he went back to drinking in the late 90s. He became sober once again after his 2002 arrest, and in 2018 he reported that he was still "clean," which the exception of prescription drugs.

In 2014, it was announced that Nick Nolte had sold his Malibu estate for $3.9 million. At first glance, it seemed to many media sources that Nick had accepted a massive loss, as he previously set an asking price of $8.25 million – more than double what he walked away with. However, it was later revealed that his original listing included an adjacent 3-acre property that Nolte kept for himself in the end. This means that the 2014 deal was only for one property, while the previous listing at $8.25 million was for a much more extensive estate. In terms of the property he did sell, Nick parted with a four-bedroom home that includes a swimming pool, Italian marble floors, and stone fireplaces.