Nick Grimshaw Net Worth: Nick Grimshaw is an English television and radio presenter who has a net worth of $2 million. Nick Grimshaw was born in Oldham, Lancashire, England, United Kingdom in August 1984. He joined BBC Radio 1 in 2007 and started presenting the BBC's youth strand Switch with DJ Annie Mac. Grimshaw is known for his shows on BBC Radio 1 as well as Channel 4, E4, BBC One, BC Two, and Channel 4 youth strand T4. Grimshaw replaced Chris Moyles as the host of The Radio 1 Breakfast Show in 2012. In 2013 he started hosting the BBC Three comedy panel television series Sweat the Small Stuff. Nick has done work as a voice actor in the TV series Be Your Own Boss and EastEnders. He also played the voice of Brad in the UK version of the film Wreck-It Ralph in 2012. Grimshaw was a presenter on the TV series Sound from 2007 to 2009. He has also appeared on the TV series The Album Chart Show, 8 Out of 10 Cats, The Xtra Factor, Never Mind the Buzzcocks, and Children in Need. Grimshaw came out as gay in 2012 and appeared #8 on The Independent's list of the 101 most influential LGBT people in Britain in 2012. 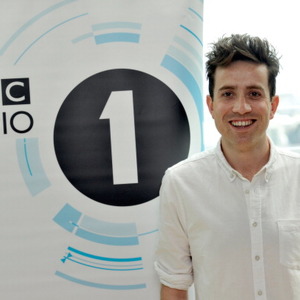